This year, South Asian Heritage Month is being celebrated from Monday 18 July to Wednesday 17 August and this year’s theme is “journeys of empire”.

Tahira Rasool, Freedom of Information Lead at our Trust, has shared her reflections during South Asian Heritage month. The article below was written by Tahira. 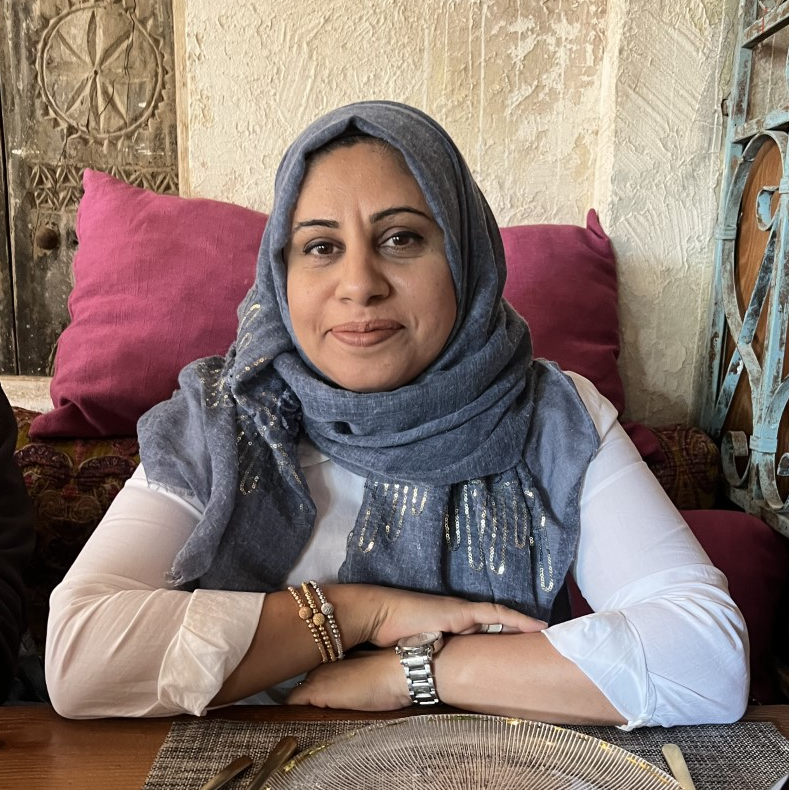 I am brown, female and a hijaabi. As stand-alone factors each of these strands could be considered a set back. If you know you know. But why? I consider myself lucky, because I can hold a conversation switching between three different languages - sometimes in one sentence, I can whip up a feast at the click of my fingers. I live my life believing that everything happens for a reason and so will not allow things to get me down. That’s a skill, and I am grateful for this very makeup that has been my strength, not a weakness.

As a second generation, born to Pakistani Muslim parents who immigrated here in the late 60s, I grew up struggling to understand why I didn’t look like or dress like my best friend Maureen. But the power of hindsight is a great thing and I look back to value how fortunate that I was living two cultures. At the time these were two separate worlds with no overlap at all, so actually I had an advantage over my peers because I could live a different life when I chose to, and it was a secret world where I could control how much I shared. There were struggles, and one of them was the lack of halal food for school dinners. The smell of those sausages was just something else! There was the compulsory mini skirt for PE and my god did I stress because I had to shave my legs the night before. On the flip side, I got to wear a mini skirt, and it was allowed!

Even these two examples had underwritten struggles. I was one of the group of kids with a pink dinner ticket – we were the free school dinner kids.  And I wondered why I could not be part of the blue ticket kids. Not that it made a difference to what was available to me. But there was a status complex. And why was I so stressed with shaving my legs? Because the only razors in the house were my dad’s. And he just knew someone was using them, but how do you explain that one? Mum had no hair on her legs, so what happened to us sisters? According to my mum, it was all the time she spent cooking on a wood fire that burnt away the roots of her hair. How on earth did we fall for that?  Thank goodness for laser.

Some may have struggled with the cross culture, but I loved it and embraced it with all my heart. My parents were not strict, but we didn’t have endless freedom either. Let’s not ignore the boundaries in dressing, food, socialising. I remember crying myself to sleep because I wasn’t allowed to go to a birthday party. I understand now the concerns my parents had and although they didn’t verbalise them, I get it now, especially as a mother who is now responsible for the wellbeing for another soul. In fact I think I am much stricter. If I haven’t met the parents at least three times, then it’s a NO. I need to know whose house my child is going to and everything about them.

My upbringing was no different to many of the children of immigrant parents; my dad worked at the Ford factory in Dagenham, and most of his later years as a security guard working nights. My mum was a housewife. Mum didn’t finish her schooling but she was able to read and write Urdu. She couldn’t speak English and I often watched her shop and ask for things by using hand gestures and the odd word she had learnt from my dad. I even learnt the skill of picking the freshest of vegetables, not the non-organic produce we see today. I recognised the most exotic ingredients long before they became fashionable in today’s world. The difference then and now is that the general white community were welcoming and helpful.  I am lucky when I say that we never experienced any racism growing up. In fact I have experienced more in my years as an adult.

We lived next door to Mr and Mrs Day, a lovely couple who would make the effort to say hello over the fence, and smile. Mr Day lived in that house from the age of seven with his parents up until he died, just short of reaching his 100th birthday. We grew up with a huge amount of respect for Mr Day and his family and to this day I would hug his daughter if I saw her. Ironically, I now own and live in the very house that Mr Day lived in.

Here is the thing, my mum was a member of an unseen army of Asian women who had a skill like no other. From the outside my mum was your standard housewife dressed in her shalwar kameez, and just creating these amazing dishes for dinner every day. Mum could sew and she had her industrial sewing machine at the ready. I suppose the official occupation would be known as a machinist, but like many others, she was not considered to have an occupation other being a housewife. From 7am every day, seven days a week we would wake up to the sound of this machine and mum’s little radio blaring out all those Asian superhits. She would still be on that machine until 11pm, sometimes later, but definitely long after we had gone upstairs.

Brother Salim used to come to the house every week in his van carrying bundles of pre-cut pieces of a garment that my mum was then required to sew together. At the higher end and depending on how complex the design was or how many pockets there were, she would get paid 35p per completed piece. The irony is that I would see these same trousers hanging in Chelsea Girl but could never afford them at the time.

When we were younger and Mum really needed to get dinner going, my older sister and I would sit and sew the belts. They were straight lines, but what we didn’t realise at the time is that Mum was teaching us how to use a sewing machine. A skill I value to this day.

As we got older, my sister and I took over the cooking duties and we were taught by what is termed today as distant learning. Mum sat at the machine giving instruction on what needs to get chopped, ingredients, colour, smell, and tips on how to rescue a disaster. It all started with the sewing machine in the background, and I am the home chef today because of this experience.

Thursday evening was pay day and Mum would be working hard to get the maximum pieces completed for payment. The same small brown envelopes that I have used for my kids’ dinner money are the very envelopes that my mum would look forward to on a Thursday. She would plan the shopping around her wages, and if it was a good week, we all got a chocolate bar on a Friday. We had our standard favourites; Topic, Twix, Marathon (Snickers), Mars bar, and Bounty.

After dad passed and the house was being renovated, we asked if she wanted to get rid of the machine; mum was not having any of it.  It was part of her, and it was part of our childhood. The machine now has a special place in the shed and is connected up so she can still go out and do repairs for her grandchildren.

There was no such thing as ready-made Asian wear so there was no alternative except for Mum to make our outfits. I will say with hand on my heart, my mum could have been up there with the likes of Stella McCartney. We were so proud to wear her creations and my sisters and I would deliberately walk up and down the length of a wedding function, just so everyone could see what we were wearing. Nothing was difficult for my mum to create, and I have numerous examples where she just created something from a design on a tissue paper. I watched closely and learned.

I have my own sewing machine now, but nothing on the scale of my mum’s industrial beast.  Mine is a tabletop Brother machine, and when I am sewing on it, I feel like Dr Nefario from Despicable Me on his scooter.  Mum on the other hand is probably more like Cars’ Lightning McQueen.  But I get the job done.

Every Sunday for one hour, our house would stop in its tracks. We all gathered to watch the Asian breakfast show. This one hour was packed with brown faces on TV, speaking our mother tongue, sharing recipes, fashion, and the latest pop music. As children we became familiar with many of the artists that have made the Asian music scene what it is today. The fashion scene exploded a little later, as we didn’t have the likes of Ilford Lane, Green Street or Southall. You either made your outfits yourselves or you knew a tailor aunty who could pull together a stunner. We were all fashion designers in our time, nothing was off limits.

The only thing left was the food scene and this has just been crazy in the last decade or so. The only place we could get a desi takeaway was a small shop in Green Street called Mobeen’s – they have now expanded and moved away from the original tiny space that holds so many memories.  If we accompanied mum to Green Street market on Sunday, then naan and kebabs on the way home was the treat.

Although dad was not degree educated, he valued the opportunities that we had available to us and wasn’t shy in encouraging us to respect the power of education. I wanted to drop out of school as I thought I knew better and could make it in the world. But dad knew better; his request to all of us siblings was simple, get a degree then do whatever you wish, even if you just sit at home. I will be happy. I am glad I listened, and I am glad I had dad telling me what he thinks I should do. I am aware of the power of communication and especially for a woman of my background. That’s something else.

To this day, dinner times in my house is at the dinner table with everyone seated. Even if you’re not hungry, just be at the table. That’s what dad used to say. It is the only time in the day when we all gather and can check in with each other and ask how the day was. I value these precious moments, and even more so in today’s generation where they would eat into their devices if they could.

I try and instil the same values I was brought up on to the next generation. Not always easy as I have been reminded that I wasn’t even born in this century! So true, but I will keep with what I know works, and listen to what is happening in the new world. My heritage is tightly woven into me and I would hate for any of it to be forgotten.