This year, South Asian Heritage Month is being celebrated from Monday 18 July to Wednesday 17 August and this year’s theme is “journeys of empire”. 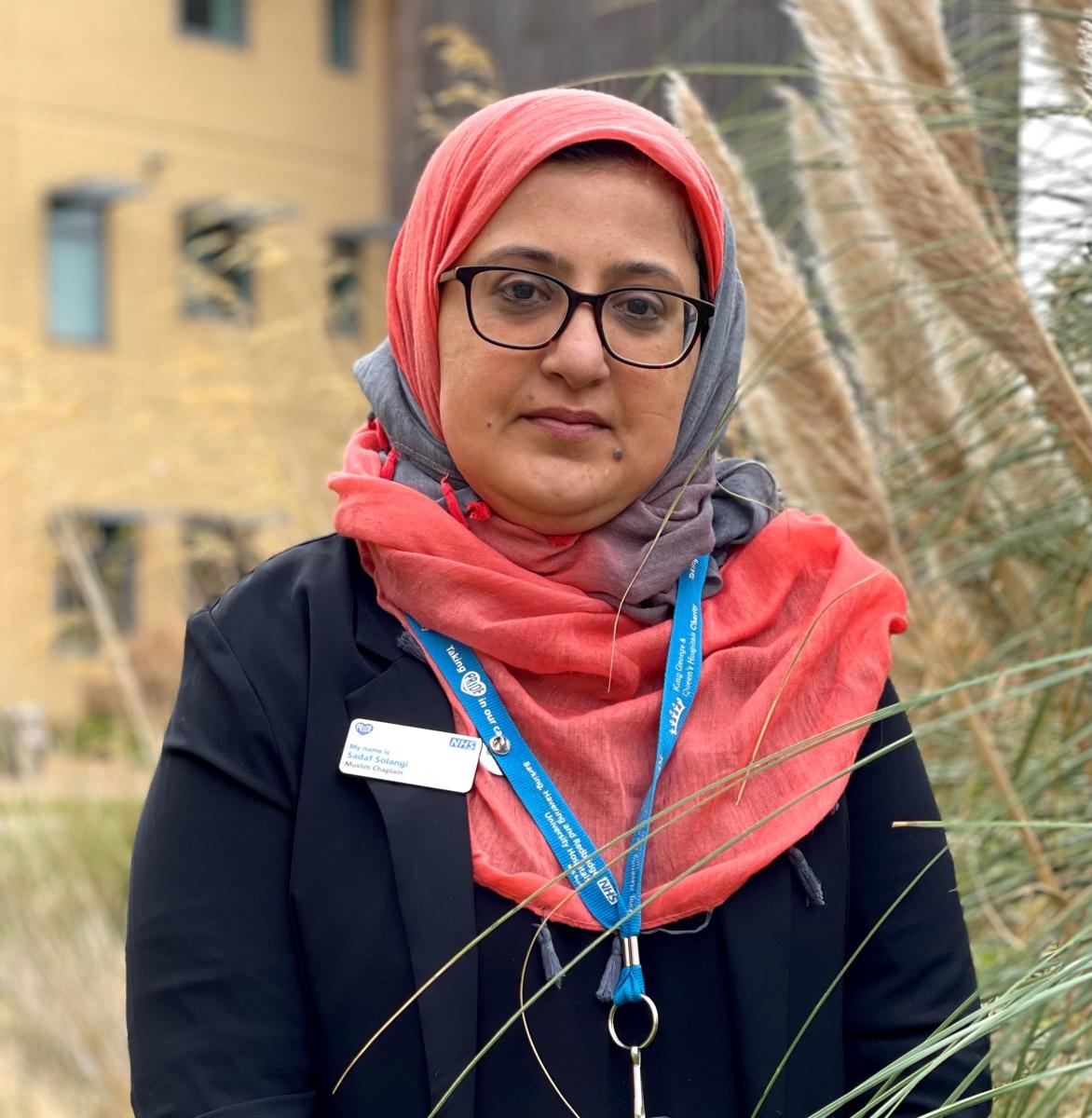 Sadaf Solangi, Muslim Chaplain at our Trust, has shared her reflections of being a British Pakistani woman. The article below was written by Sadaf.

I work as the Muslim Chaplain for our Trust, and I feel privileged to share my story as a British Pakistani woman for South Asian Heritage Month.

My parents came to England from Sindh province in Pakistan in the mid-1970s and I was born in Harrow in 1976. We moved to Shoreham-by-Sea, then to Harold Hill in Romford, and later to Redbridge.

I have two siblings and we all attended schools in east London. My father worked as a urologist in the NHS and my mother was a housewife – although  she did have a stint in hairdressing!) I was bright and bubbly and did well at school.

My parents have Saraiki-Sindhi dual ethnicity which I have inherited. I absorbed my mother tongue Saraiki as a child but, since my ancestral village is in Sindh, my family also conversed in Sindhi with their friends. This did confuse me in early age!

I still vividly remember my mother’s friend speak to me in Sindhi when I was five years old - it sounded like Greek to me! Over time I increased my vocabulary and when I was 11 my parents moved us back to Karachi in Pakistan. Here I improved my Sindhi and also learned how to read, write, and speak in Urdu, Pakistan’s national language. I already knew some of the Urdu language as I had watched Bollywood films. In my younger years we enjoyed the South Asian wedding party life, and I learned a lot about my multi-faceted culture: the highs, the lows and the contrasts and contradictions.

At 17, I returned to the UK and by now I had the South Asian “fashion sense” often wearing designer Shalwar kameez suits and tunics.

I have lived for a further 29 years in the UK and I am proud of my religious, spiritual, and linguistic identity and enjoy South Asian food very much. I have been working in spiritual care for six years and find that speaking all these languages and my cultural competence help me in both my professional and personal life.

I feel that over the years people have tried to understand our language and culture – and I feel I am learning something new every day about who I am.

Check out our events coming up:

Between Monday 1 and Sunday 7 August, restaurants at King George and Queen's hospitals will be serving a South Asian inspired menu.