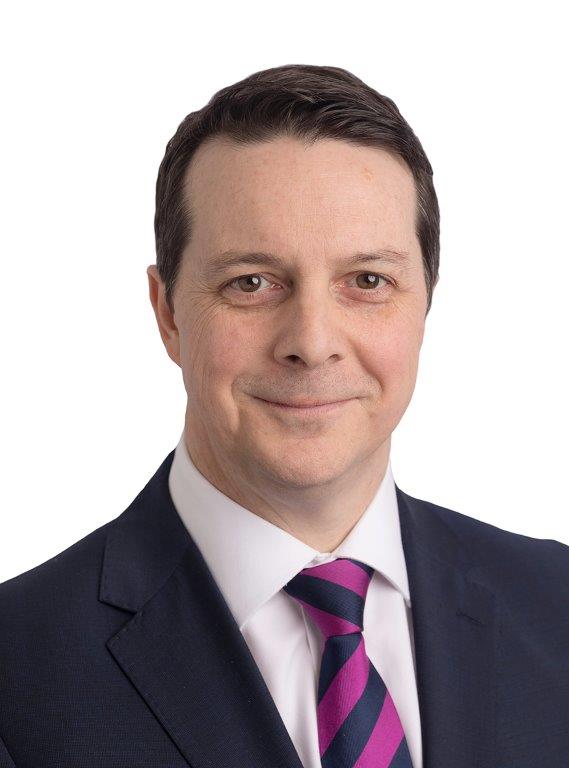 Shane was a physiotherapist in his native Australia, working clinically and managerially in public hospitals and private practice in Adelaide. He came to the UK in 1996 where he obtained a MSc in improvement methodology. He was part of the NHS London Next Generation Chief Executive programme and held several executive director posts at Board level, including at Epsom and St Helier University Hospitals NHS Trust and Barnet and Chase Farm Hospitals NHS Trust.

Shane was CEO of Hillingdon Hospitals NHS Foundation Trust and has been deputy CEO at Barts Health for the last four years, leading on the operational performance of the five-strong hospital group. 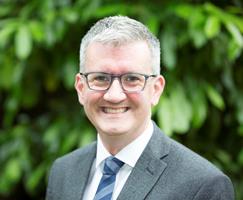 As well as being Deputy Group CEO, Matthew is Chief Executive of BHRUT. Before joining our Trust in August 2021, he worked for three years as CEO of Oxleas NHS Foundation Trust, which provides a wide range of health and social care in south east London and parts of Kent. While at Oxleas, Matthew was seconded to help run the NHS Nightingale Hospital in London.

In 2016, he worked for King's College Hospital NHS Foundation Trust, where he was managing director of the Princess Royal University Hospital in Bromley. Matthew has also held senior positions at NHS England, the Care Quality Commission, and the MS Society. 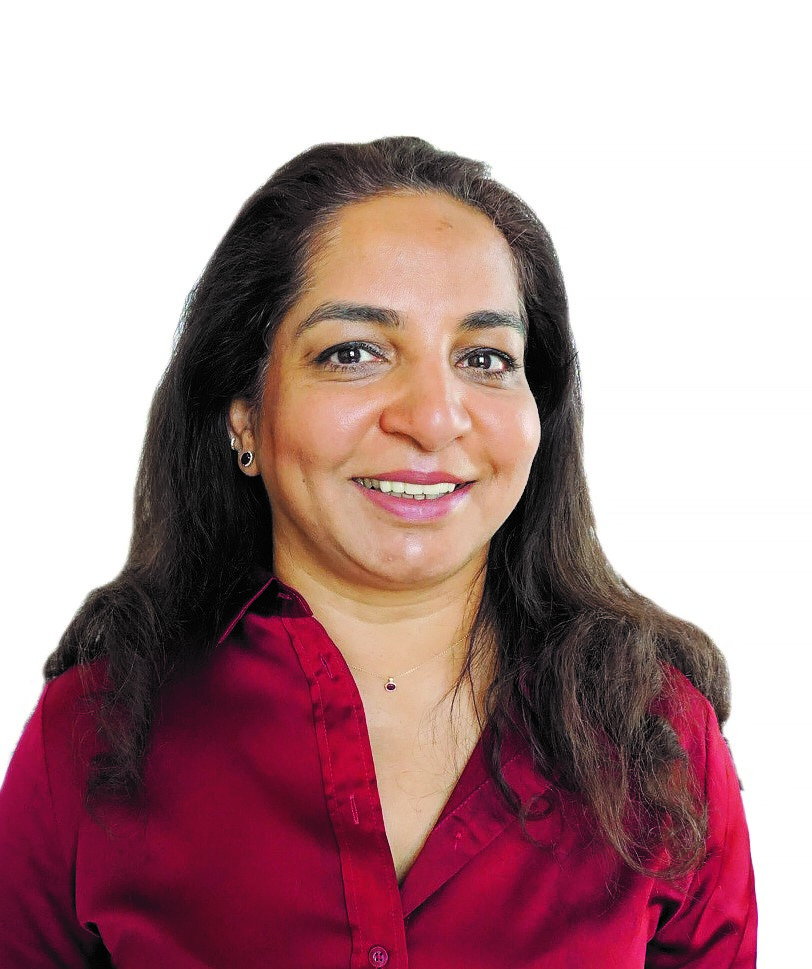 Mamta is a consultant paediatric intensivist and joined us in May 2022 from The Royal London Hospital where she worked for 15 years, most recently as their Deputy Medical Director.

She brings a wealth of experience having held roles as both a clinical and a divisional director and she led the clinical transformation team. Mamta has also been a key figure in the Pan London Improvement Collaborative for children and young people that focuses on integrated care as a way of improving life chances for children and families. 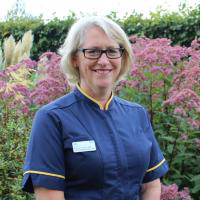 Kathryn joined our Trust in January 2016 from Walsall Healthcare where she was the Director of Nursing.

Since that time she has held a number of senior nursing roles within secondary and tertiary care settings. Kathryn has led a number of national programmes including a focus on new roles and an independent review into children’s palliative care whilst working at the Department of Health. 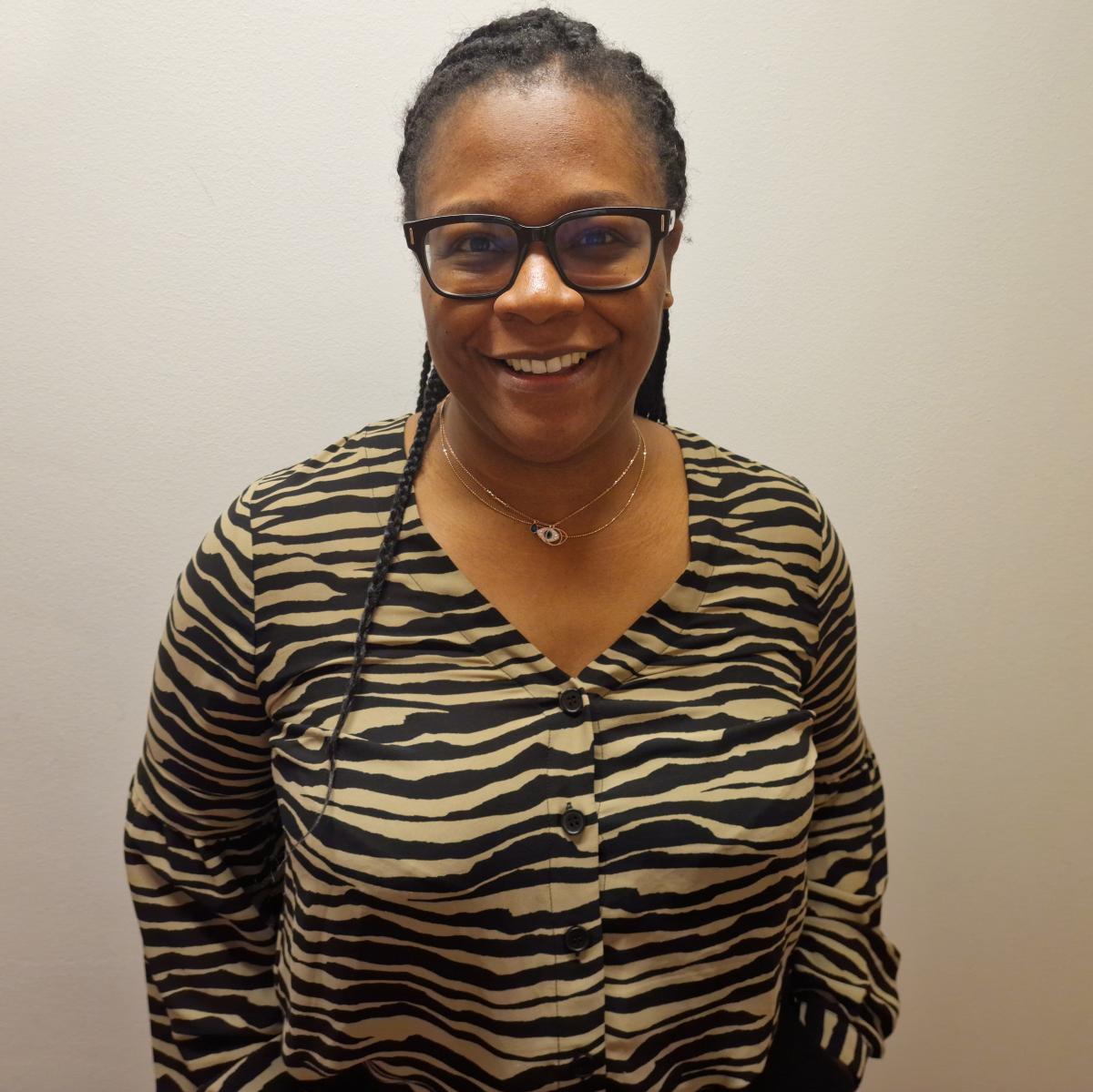 Janine joined us in November 2022, having previously been the Strategic Head of Equality and Inclusion for the NHS in London. Among other things, she provided leadership and expertise for Equality, Diversity and Inclusion (EDI) activity across the capital. Janine has led culture transformation programmes in large and complex organisations.

Before working in the NHS, Janine was the Diversity Lead for Sky where she was responsible for ensuring the broadcast company represented the UK. 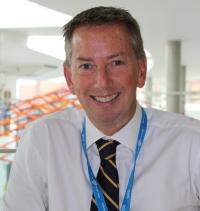 After studying engineering at Exeter University, Nick qualified as a chartered accountant with Touche Ross in 1988. He then spent five years in New Zealand in both practice and commerce before starting a family and returning to the UK.

Nick brings over 20 years of board experience in a variety of international finance roles, most recently as Chief Financial Officer for British Airways.

Since then, Nick has studied part-time for an MSc in Health and Medical Science at University College London. He was a non-executive director at East and North Herts NHS Trust and is a trustee at the girls education charity Camfed. 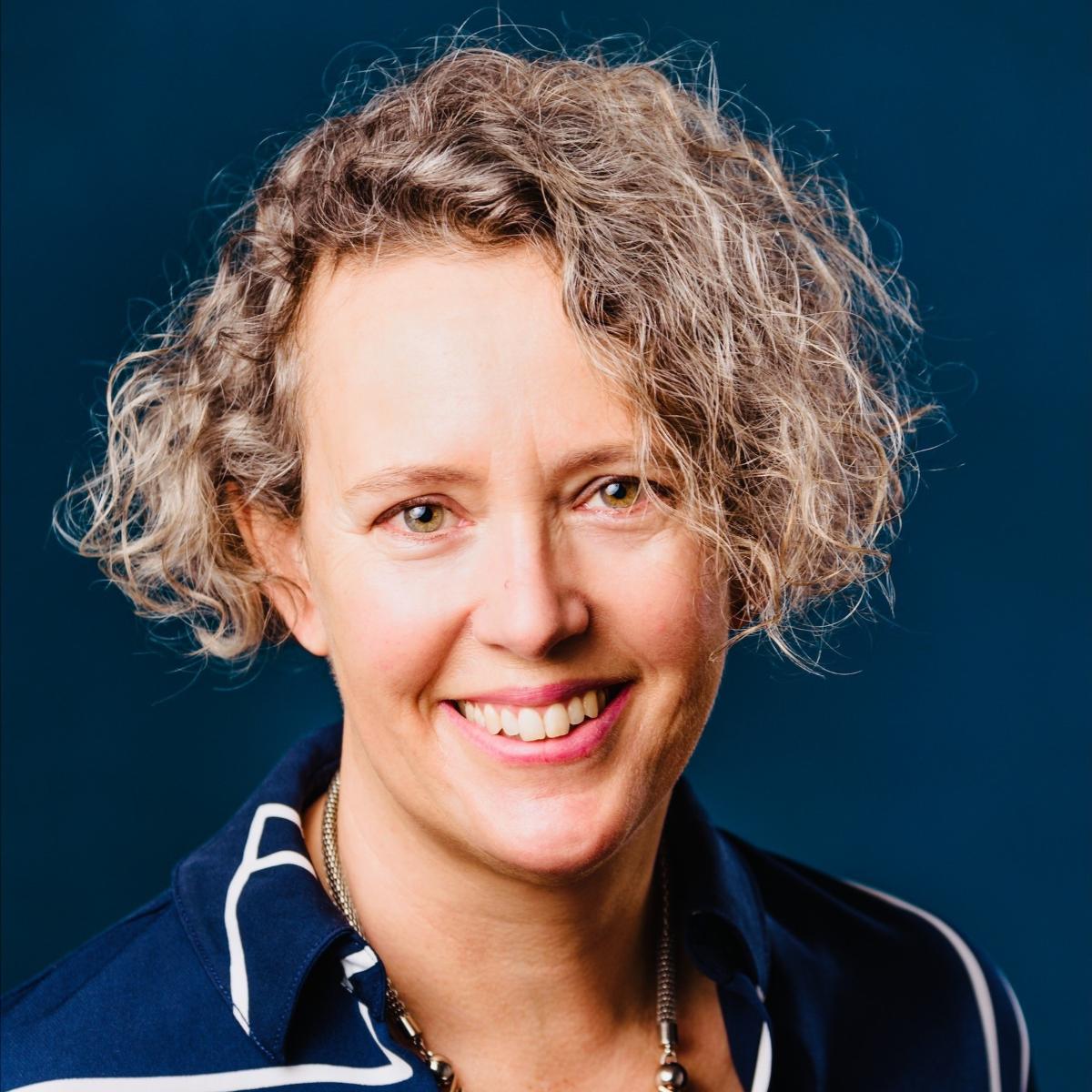 Ann joined us in February 2022. She is an experienced healthcare leader who has spent most of her career in London. Her understanding of organisational development, population health and system improvement will provide a great background for her new role at our Trust. Ann also has experience in both provider and commissioning organisations at a local, regional and national level. She was, most recently, Director of System Improvement at NHS London.

Ann has a real passion to reduce health inequalities, and this has been helped by her experiences when she oversaw the Impact Programme which was a part of the London Vaccine Programme. 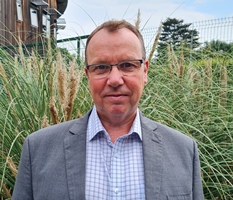 Prior to joining the Trust, Alan spent three years at Capsticks LLP as the Associate Director for their Human Resources and Organisational Development Advisory Service. Alan started his NHS career in 2003 working at the North West London Strategic Health Authority subsequently moving to work in People and Organisational Development at the West London Mental Health NHS Trust.

In the preceding decade Alan worked as a fulltime officer for both the Banking and Finance Union (now Unite) and spent 10 years at the British Medical Association as an Industrial Relations Officer in London. Alan is a CIPD Chartered Member. 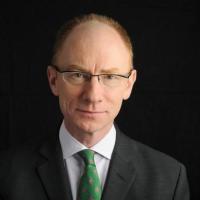 Peter joined us in November 2017 after a career as a BBC correspondent and presenter where he was at the forefront of the organisation’s news coverage.  As one of the BBC’s most senior journalists, he covered international and national events, politics, and the royal family. 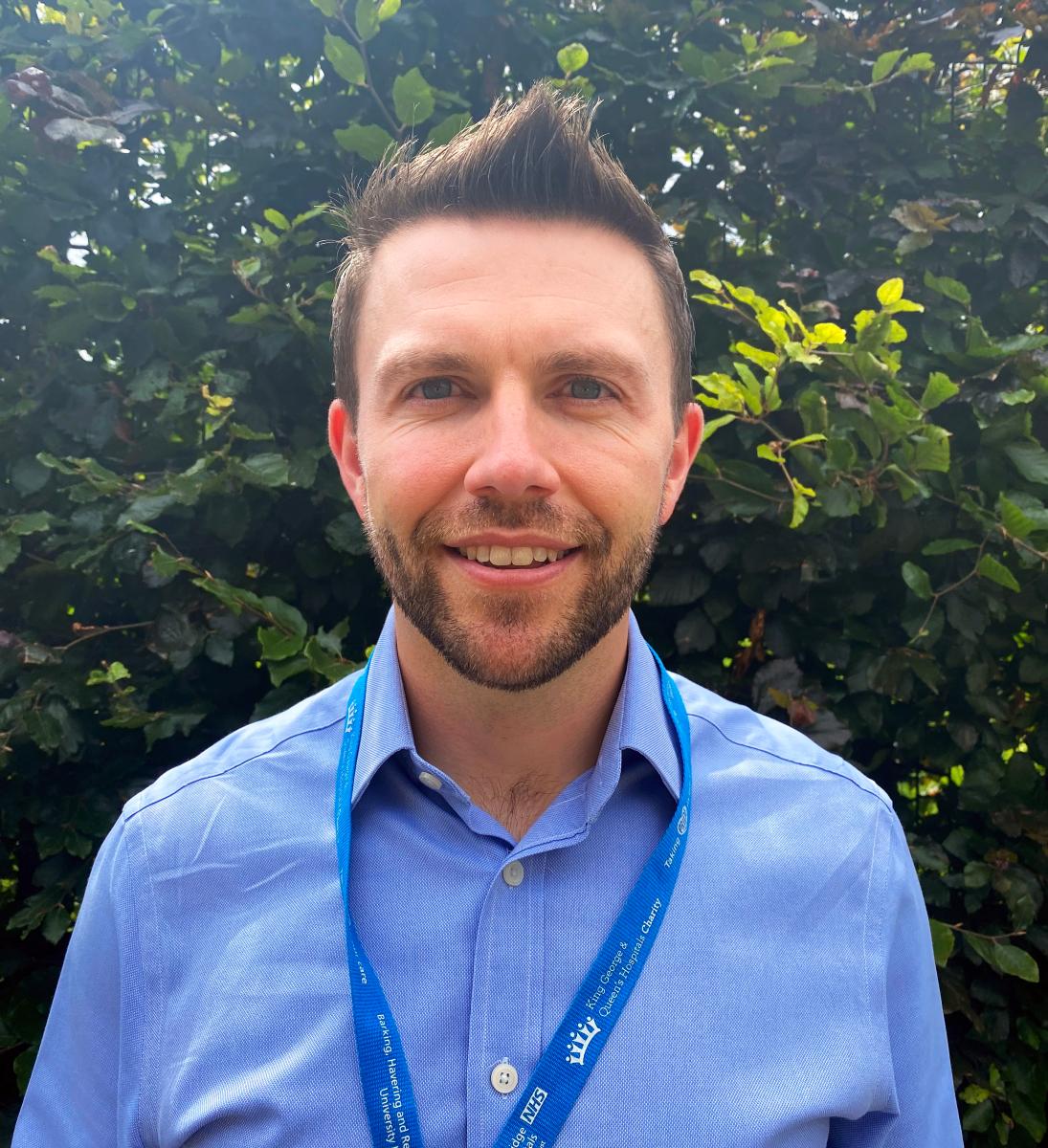 Mike knows the area well having grown up in Havering and he worked for the local authority as a graduate trainee when he was completing his accountancy qualification as part of the Society of London Treasurers’ scheme. His first full time job, before going to university, was as a Goods Receiving Officer at Oldchurch Hospital. Mike still lives locally with his wife and two young daughters. 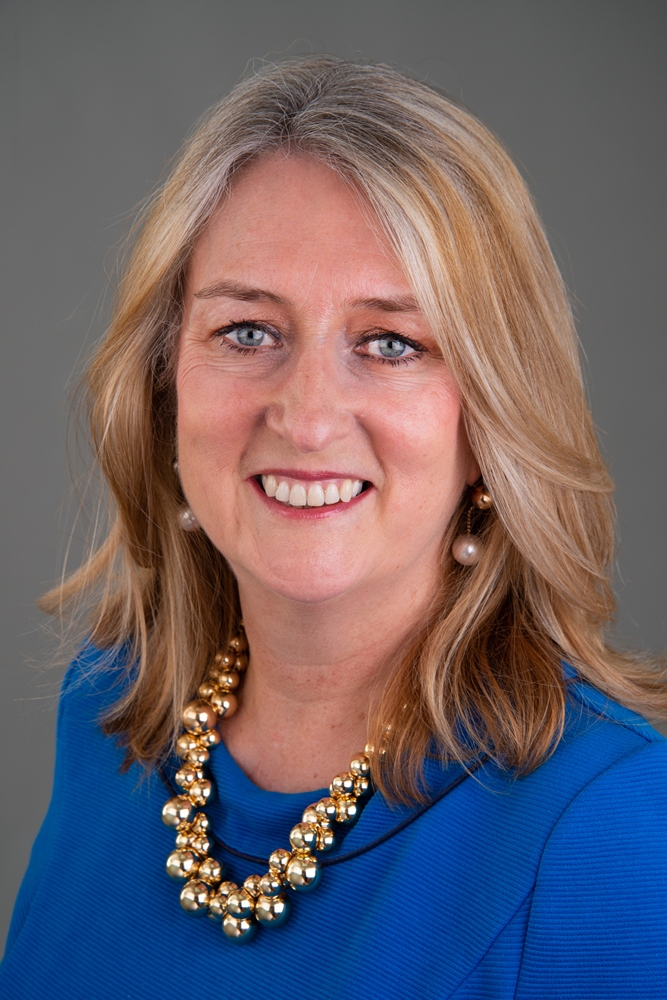 Jacqui Smith joined us in October 2021 as Chair in common of our Trust and of Barts Health. For the past eight years, Jacqui has been Chair of University Hospitals Birmingham NHS Foundation Trust. In 1997, she was elected as the MP for Redditch and served for 13 years. She was one of the longest serving ministers in the Labour government and the first female Home Secretary.

Jacqui is also Chair of the Sandwell Children’s Trust, the Jo Cox Foundation and the Precious Trust which is a Birmingham based charity that supports girls at risk of violence or exploitation. She is a Trustee of the Kings Fund and works in the Middle East supporting parliamentary and political development.

Jacqui is a weekly contributor to Good Morning Britain and presents the ‘For the Many’ podcast. 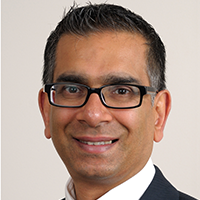 Mehboob is Assistant Director of Policy and Change at the London Borough of Redbridge.

Mehboob joined our Board in April 2021 as a Non Executive Director, before being appointed as Vice Chair in April 2022. He is also Vice Chair at North Middlesex University Hospital Trust.

From 2014 to 2021, he was political adviser to London Councils, the cross-party organisation that represents the city’s 32 boroughs and the City of London. Mehboob has also held other senior leadership positions in the public sector.

He lives in London and enjoys current affairs, running and cycling. He is a founder member of the Seacole Group which is a forum for NHS non-executive directors from the BAME community.

He was born in Yorkshire; grew up in Huddersfield; and as Leader of Kirklees Council, Mehboob was the first British Muslim to occupy such a role. 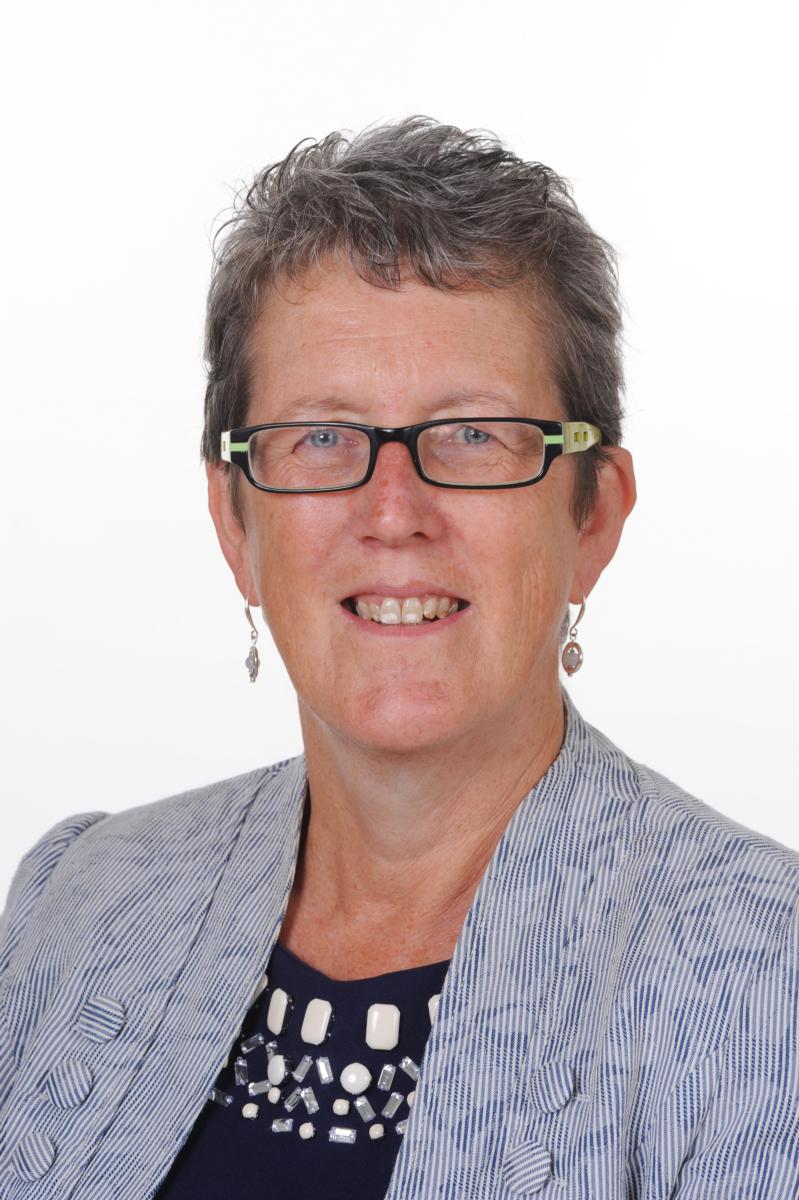 Dr Kathy McLean joined us in August 2022 as part of our closer collaboration with Barts Health. She is a non-executive director at Barts, Chair of University Hospitals of Derby and Burton NHS Foundation Trust and Chair of the Nottingham and Nottinghamshire Integrated Care Board.

Kathy was made an Officer of the British Empire in 2018 for her services to leadership across the NHS. 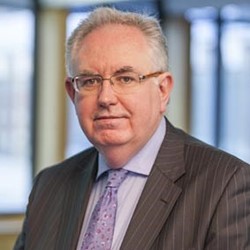 Professor Sir Mark Caulfield is Professor of Clinical Pharmacology at Queen Mary University of London. He is also Vice Principal for Health, President Elect of the British Pharmacological Society and a non-executive director at Barts Health. He has joined our Board as part of our closer collaboration.

Sir Mark graduated in Medicine in 1984 from the London Hospital Medical College and trained in Clinical Pharmacology at St Bartholomew’s Hospital.

His research has focused on the genetics of hypertension and cardiovascular health, cancer and rare diseases. As Chief Scientist for Genomics England from 2013-2021, Sir Mark was instrumental in delivering the 100,000 Genomes Project and worked with NHS England to co-create the National Genomic Test Directory. He was awarded a knighthood in 2019 for his leadership of the 100,000 Genomes Project. 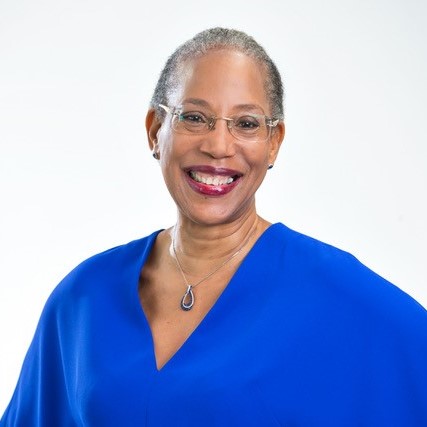 Marta has extensive experience of working at board level in the public and higher education sectors. Her board appointments include the Restoration and Renewal Sponsor Body at The Palace of Westminster where she chairs their audit committee; she is Deputy Chair of Heriot-Watt University’s Court; and she is a member of the Nursing and Midwifery Council. She is also the independent chair of the London Fire Brigade’s audit committee and board member and audit committee chair of the Public Sector Audit Appointments Limited.

Marta was a senior civil servant and has many years of experience in the financial sector including as Chief Executive of the Pensions Advisory Service. She was made an Officer of the British Empire in 2006 for services to social housing.

Marta’s board appointments include the Restoration and Renewal Sponsor Body at The Palace of Westminster where she chairs their audit committee; she is Deputy Chair of Heriot-Watt University’s Court; and she is a member of the Nursing and Midwifery Council.

Lesley Seary CBE, Chair of People and Culture Committee and Chair of Remuneration and Terms of Service Committee 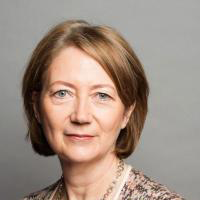 Lesley has more than 30 years’ experience in senior leadership roles in local government. This includes spending the last 8 years as Chief Executive of Islington Council. During this time, she has led a workforce of 4,500, managed a range of successful services, and developed considerable experience of partnership working with both statutory and non-statutory organisations.

Lesley has worked extensively with local health partners in north central London at both STP and borough level, including the hospital trusts, CCG, GP Federation and GPs. She has worked with health partners on health and social care integration as well as developing a strong approach to prevention and early intervention.

She has a strong commitment to public services, combatting health inequalities and delivering excellence in health and care. She is delighted to have the opportunity to use the skills and experience she has gained in the public sector in the area where she has lived for 26 years. 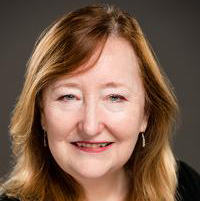 Sue was appointed in August 2019. She was previously a Non-Executive Advisor for our Trust, having been appointed to that role in October 2017.

She is a qualified chartered accountant with more than 30 years’ experience in both the private and public sectors including periods working within the NHS and local government. She has led large capital programmes, including the delivery of a number of new health care facilities within Barking, Dagenham, Havering and Brentwood.

Sue has recently retired from her role as Chief Executive of Elevate East London. She continues on a part-time basis to provide commercial and leadership support to Agilisys Ltd, a leading provider in the technology advisory sector. 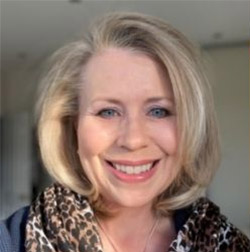 Caroline, who is one of our associate non-executive directors, has a special focus on wellbeing and on ensuring the Board always considers the impact that decisions will have on the health and wellbeing of staff.

After an earlier career in BBC radio production, Caroline worked in a variety of roles where she ran secondment schemes, news management and events.

Moving into human resources, she has held a number of HR Director roles in the public sector, media and architecture.

She is currently HR Director at the Confederation of British Industry (CBI). As well as working with our Trust, Caroline is a Trustee for a group of academies. 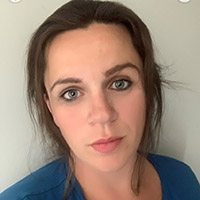 Ruth, who is one of our associate non-executive directors, works as a GP Partner in Upminster after beginning her training in Havering and working at Queen’s and King George Hospitals.

She is also a clinical director of Havering Federation which strives to work as a collective to improve care for all of their patients.

Ruth is passionate about creating partnerships between primary and secondary care so that every single patient experience is efficient, effective and positive.