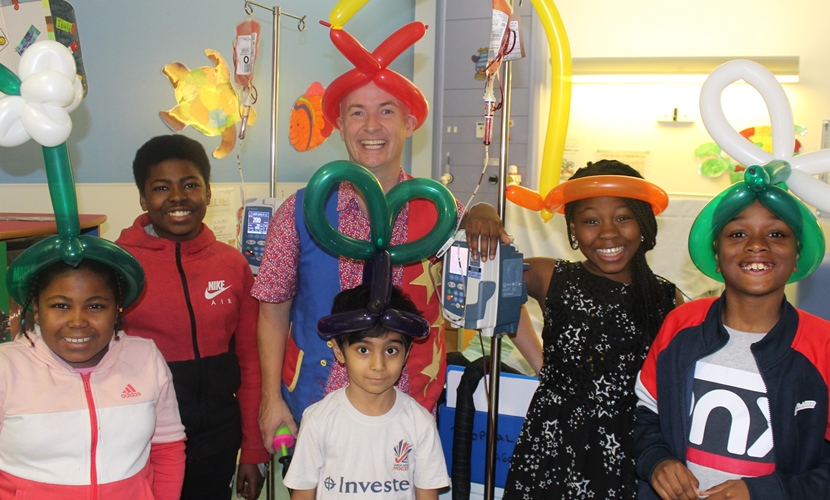 You may not expect a hospital ward to look and sound like a children’s party, but that was exactly the case at Queen’s Hospital this week when Skittle Man brought his act to Queen’s Hospital.

Skittle Man, a children’s entertainer who also goes by the name of Craig Gallimore, regularly visits the hospital to put on a show, funded by the children’s charity Pod, which aims to keep children entertained in hospital.

On his visit this Tuesday (27 November) he put on a show for several young haematology patients, who were spending around six hours in hospital to have a regular blood transfusions. So his show brought light relief not only for the children, but their parents too.

Linda Arnaah, whose son Carlin was one of the children having a blood transfusion, said: “He has to have a transfusion every four weeks as he has sickle cell, and that means several hours in hospital.

“Having the entertainment really makes a difference or else he’d be so bored. He really enjoys it and I think it’s also good for their overall health and wellbeing.”

Skittle Man Craig added: “I’ve been doing this for 21 years and I absolutely love it. Often I come in and some of the kids might be a bit grumpy, so to see them smiling and laughing is great.

“I love coming away knowing I’ve made a difference.”

Pictured is Skittle Man with some of the children he entertained.