Several members of our staff were recently presented with awards by our Chief Executive, Matthew Trainer, recognising their excellent work.

Ben Mansfield, John Guillard and David Blayney from the Estates team were nominated by Director of Clinical Service Reconfiguration Vikki Butler for their outstanding efforts of late. In the nomination, the three were described as “a credit to the team”. 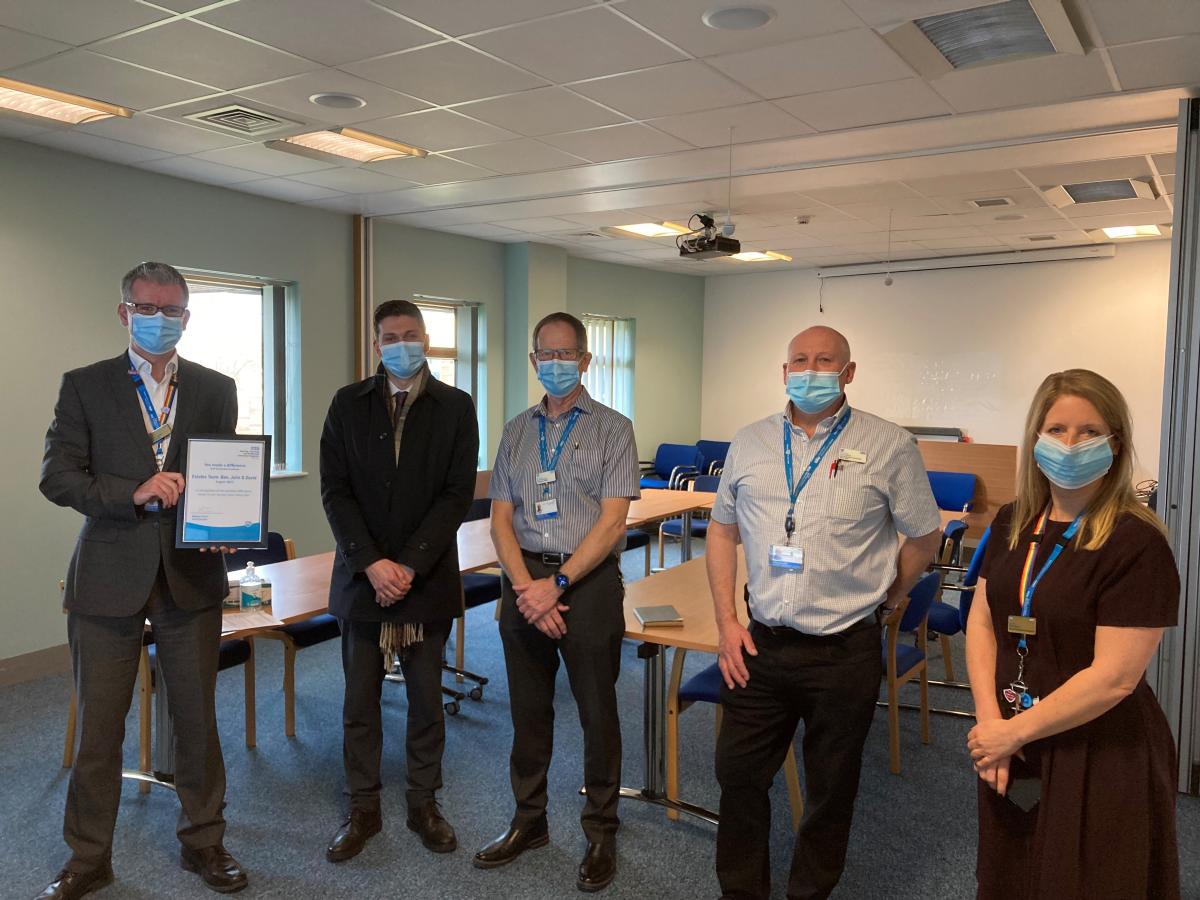 “Most recently, at Queen’s Hospital, this has involved moving the doctors mess from the 4th floor to the ground floor, decanting the 4th floor grey space into a modular store and recreating the Ambulance Receiving Unit after it had been used as a temporary store.

“David Blayney has assisted Ben with this work on the Queen’s site. Both have gone out of their way to deliver the requests from all stakeholders on time, with a professional approach.”

Vikki also highlighted the work the team had done regarding moving the offices in the management corridor at King George Hospital.

“John has assisted Ben in this work on the King George site and has a fantastic ‘can do’ attitude; taking initiative and being proactive in achieving the goals required within a very short timeframe.

"These three team members are a credit to the Estates team. I can't thank them enough.”

Jenna Thomas, a medical secretary for neurology, also received a You Made a Difference Award. Nominated by Consultant Neurologist Magdalini Krommyda, Jenna was praised for taking the initiative and going “over and beyond and making a real difference by providing outstanding patient care”. 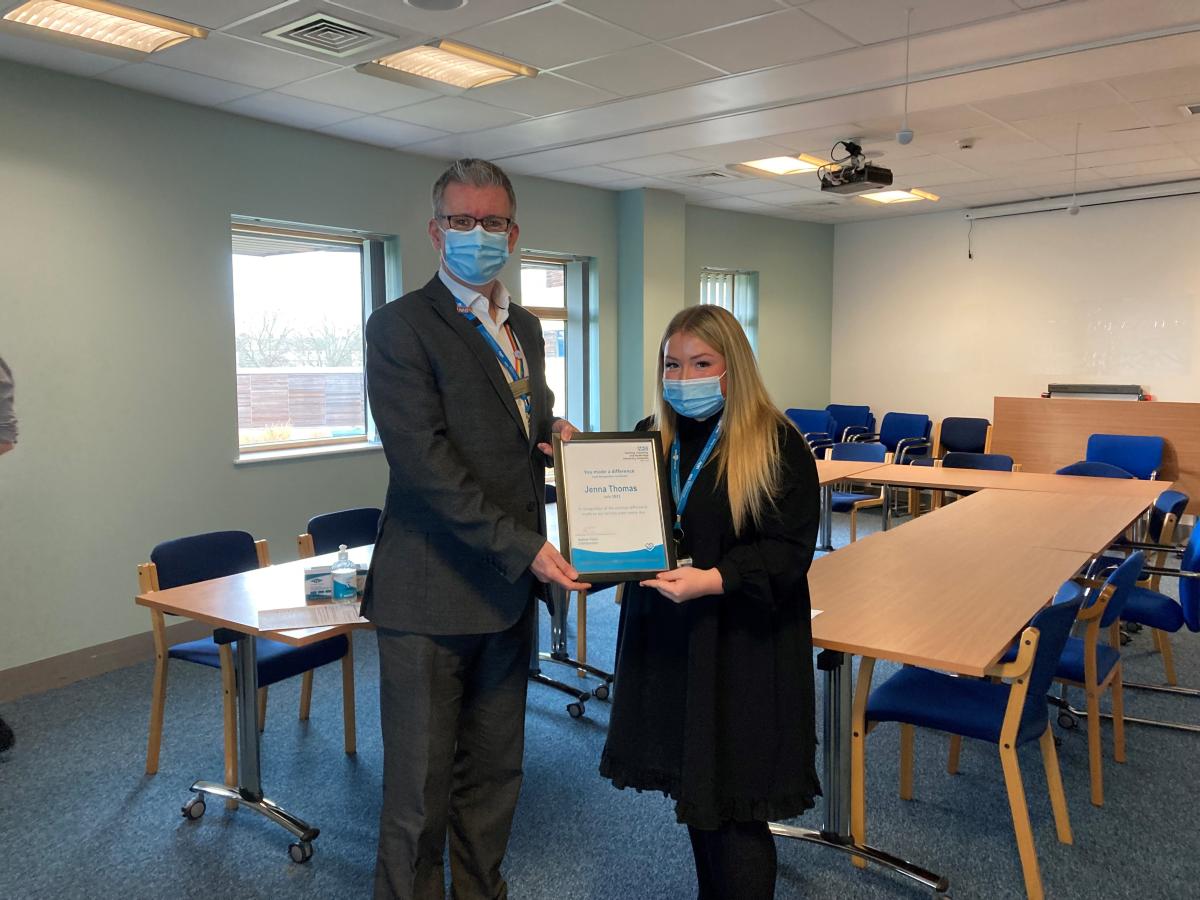 “Jenna was only recently appointed in January at her new role and I have been impressed by how quickly she has managed to settle in and what great difference she has made to our services.

“A patient was referred to our General Neurology clinic by the GP with very little clinical information available.

“This obviously saved us from having to repeat the whole diagnostic work up given this patient already had received an underlying diagnosis elsewhere, which appeared not to have been followed up in the interim.

“He has been now directed to the Specialist Neuro-Genetics clinic, saving the patient from the need to undergo unnecessary tests.”

To nominate a member of our staff who you feel has gone above and beyond, find out more about our You Made a Difference Award.