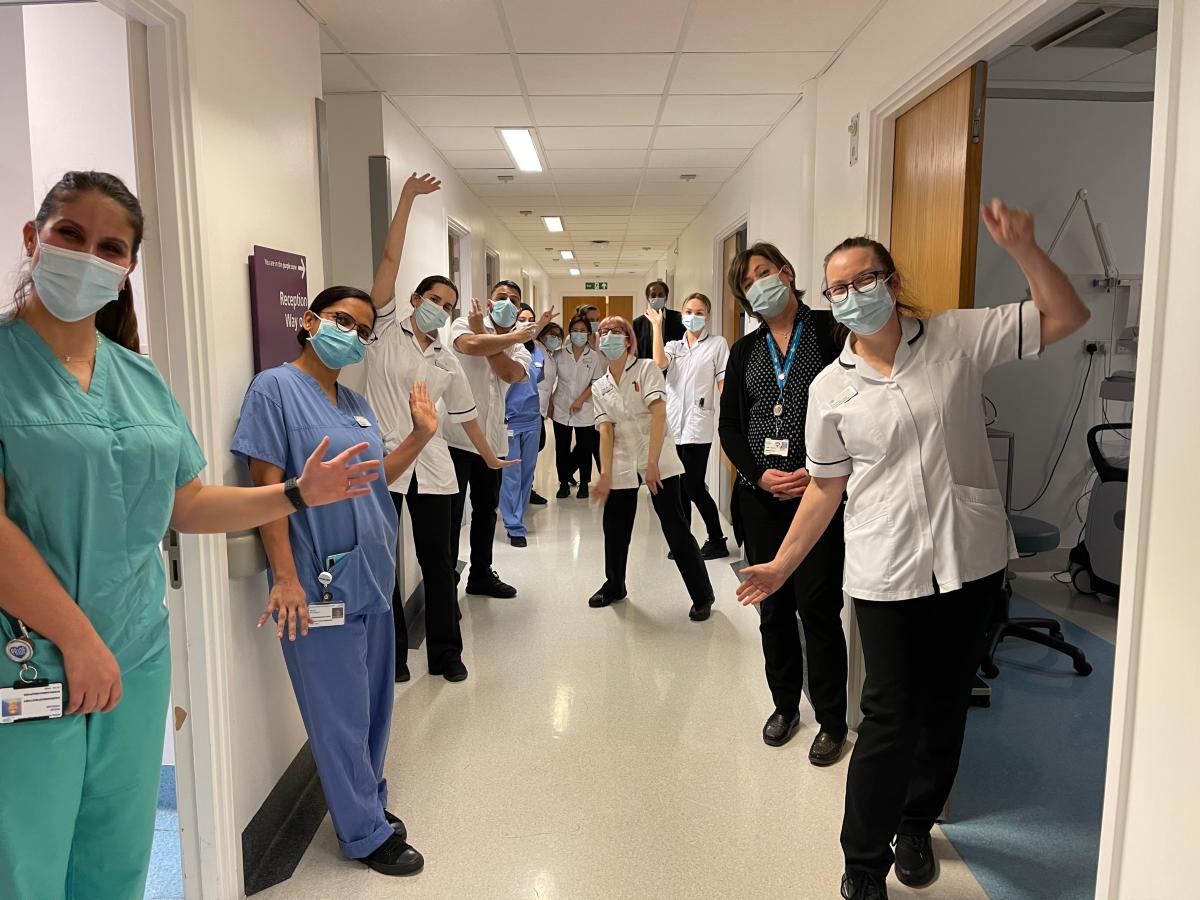 Our Chief Medical Officer, Magda Smith, has praised staff at our cardio-respiratory physiology unit for their efforts in working through a backlog of appointments caused by the coronavirus pandemic.

During the first wave, work in the department ground to a halt and meant that in October there were 3,545 outstanding referrals across our Trust.

Tracey Monerville, Lead Cardiac Physiologist at Queen’s Hospital, said it was frustrating that they couldn’t hold appointments with patients as normal, but requests were coming in and the backlog built up quickly.

She said: “While we weren’t able to do our normal jobs, we were putting things in place; we were looking at how we would work when we were allowed to restart, we were always planning at both Queen’s and King George hospitals. I was in close contact with Maneesha Joosamaria, my counterpart at King George Hospital (KGH).

That low footfall meant there were strict limits on the number of patients allowed in waiting rooms and relatives were not allowed to accompany patients.

“The exception was people who were vulnerable but even then we had to stick to the limit of six people in the waiting room,” Tracey said.

The team had to work efficiently and expanded the hours during which they carried out appointments in order to work through the backlog.

“We initiated early morning clinics, we carried out appointments through lunch and on Saturdays to fit as many patients in as possible,” Tracey said. “Our admin staff have been fantastic. They were phoning patients to reassure them that we were doing everything we could to make sure they are safe and keeping everything clean.

“When they started making those calls, we reduced the rate of patients who did not attend and that made a big difference. Now we’re at the point where we’ve got only a four-week wait, which is even lower than before the pandemic started.”

That hard work has seen the number of outstanding referrals drop from its peak in October to 403 at the end of February.

Tracey praised everyone in her department and those responsible for running the service across out Trust, saying: “We have shared and collaborated on a daily basis with Maneesha and her team at KGH to ensure the best, most efficient service and Jude Skipper, as Head of Cardio-Respiratory Diagnostics for both sites, has supported us all throughout.”

Tracey says she has learned a lot over the last year and understands that everyone has a part to play.

“I’m really proud of what we’ve done and what we’ve achieved,” she added.  “The last year has been difficult and quite shocking at times but we’ve learned a lot and we have to take that as a positive.” 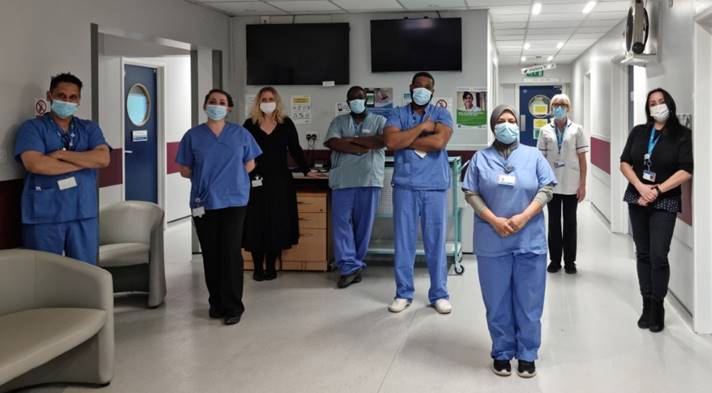 Maneesha Joosamaria, Lead Cardiac Physiologist at KGH, said: “There were a lot of ifs and buts about how we would clear the backlog. We all worked together as a team, on occasions leaving our family and personal lives behind.

“All credits go to the fantastic team of hardworking colleagues across both hospitals. Without their support, we wouldn't have achieved this huge success.”

Magda Smith, our Chief Medical Officer, said: “The changes made by the team in the cardio-respiratory physiology unit are very impressive. They managed to reduce their waiting lists while ensuring patient safety.

“They went over and above to keep patients safe and are a real asset to our Trust.”