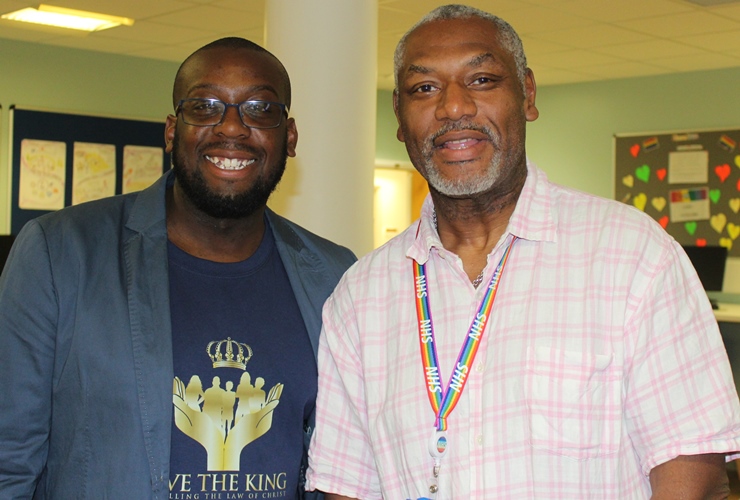 Parents, children, students, healthcare workers and a range of people across the community of Barking and Dagenham, Havering and Redbridge came together at Queen’s Hospital on Saturday (20 July) for a special event, Save our Children.

It was organised by our own Michael Magbagbeola, founder of charity, Save the King, and senior business partner in our People and OD team. Michael, a father-of-three, wanted to raise awareness of the dangers of knife crime and gang grooming.

Among the speakers was the NHS’ first Clinical Director for Violence Reduction, Barts Health Trust surgeon Martin Griffith, who said: “There are no heroes in the resuscitation room, only young people scared of dying.”

Martin also talked about the importance of communities in fighting knife crime and said it must begin in the early years. He added: “We need to go way back and equip our young people with the skills to keep away from violence.

“I was keen to come and support Michael, what he’s doing is fantastic, events like this should be the norm, not the exception.”

St Giles Trust, a charity in which ex-offenders use their experiences to encourage other young people to contribute positively to society, also supported the event. They ran two awareness sessions, one tailored to children, and one aimed at their parents, making them aware of how gangs can target young people and coerce them into committing crime.

Debbie Hunter, a local mother, saw it as an opportunity to speak openly after she was devastated when her nine-year-old son Dmarco said he wanted to take a knife to school.

She said: “He didn’t want to use it; he said it would scare people off so he could live. It was a profound moment for me as he is so young. I brought him here to help him understand. It’s really important for parents and kids to learn about gangs. And we must all do more, including schools, to help kids believe there is a better future and that they can become someone.”

Local police officers also spoke at the event, as well as students from Newham College, who shared information about their own knife crime campaign which they completed as part of their studies.

Ricardo Guerra, 16, said they used it as an opportunity to educate fellow students on what to do if they, or a friend, had been stabbed, including how to stop the bleeding.

He added; “A group of people attacked my best friend. They had big knives and he could have been paralysed, but he knew what to do thanks to our campaign.

“I’m from Venezuela, which is very dangerous, and I would never carry a knife. It’s just attracts danger to you and you’re more likely to end up hurt.”