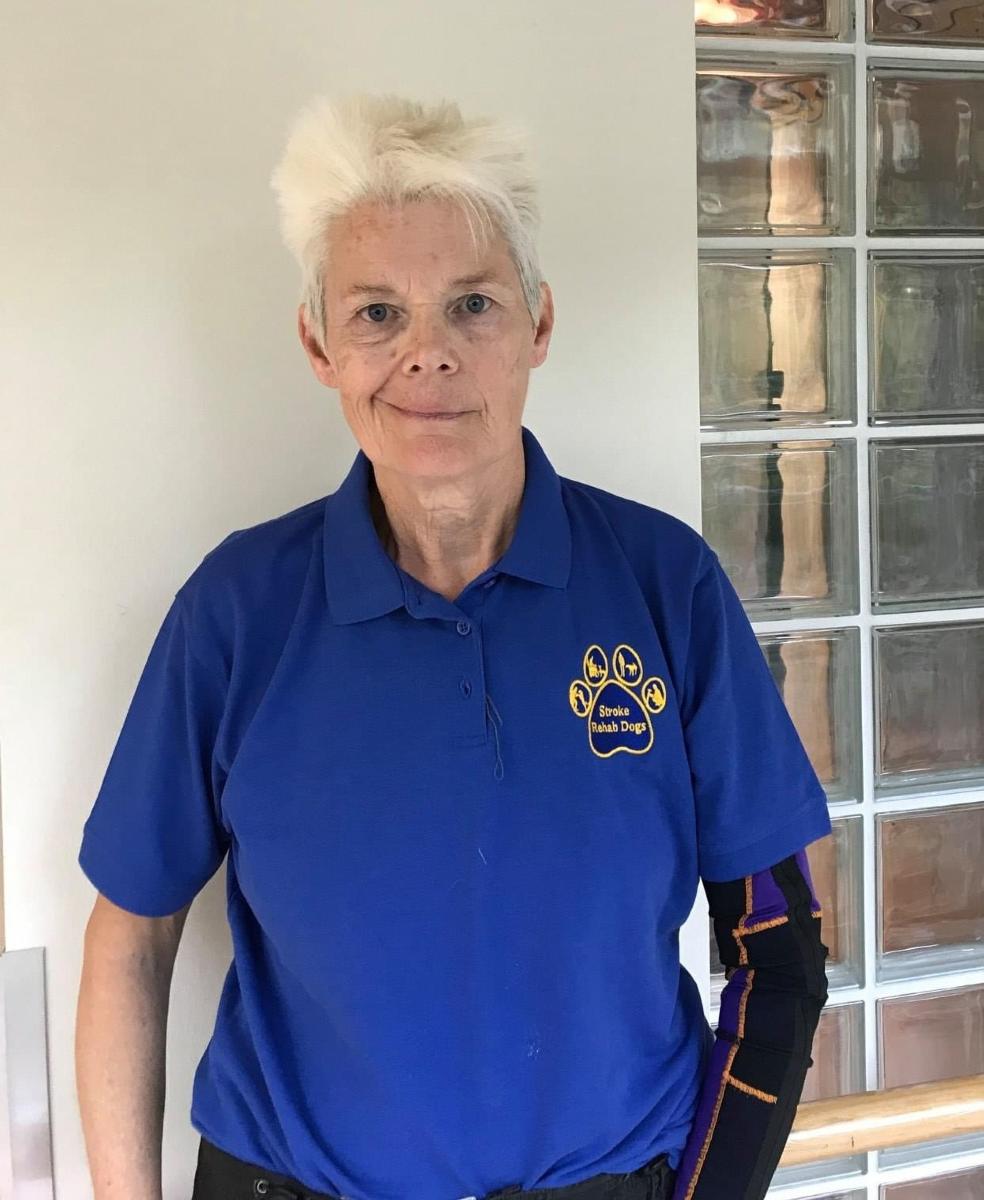 Louise Hulbert (pictured) had just returned from three weeks in Spain enjoying the El Camino pilgrimage when she had a stroke. The retired PE teacher woke up on the floor in the middle of the night unable to move, it was only when friends came looking for her the next morning that she was taken to Queen’s Hospital.

That was in 2014 and it has been a long road to recovery since following a three months stay at the hospital and a further month on a rehab ward.

Now, Louise’s confidence and independence has begun to return, so much so that after a throwaway comment during lockdown, she found herself writing a book of her experiences, Burgos to Bedroom Floor, which is set to be published this December.

Louise, who volunteers on the stroke rehab ward at King George Hospital, to give back for the great care she received following her stroke, said: “I also volunteer for Stroke Rehab Dogs and during lockdown, when we couldn’t hold face-to-face sessions, I started a thought of the week on our Facebook page.

“Someone said I should turn it into a book. I didn’t think I could as it was never something I’d considered, however, I started one chapter and found I couldn’t stop. It was really therapeutic for me and I hope that it will encourage and inspire other stroke survivors that you can go on to have a good life after a stroke.”

In her volunteer role at our hospital, Louise 65, of Woolhampton Way, Chigwell Row, has helped with hand therapy sessions, as well as simply chatting to patients about her experiences.

She added: “I feel I’m in a good position to help. They’re often surprised I’m walking around, and that I drove myself there, when they hear I’ve had a stroke too.

“Like a lot of people, I’ve been left with lifelong effects following my stroke, my left side is very weak and I can’t play sports like I used to. But I feel I’ve had a good recovery and can live a normal life. I also find it does me good to see patients working hard in their recovery.”

Louise’s book is out on Friday 4 December and can be found on Amazon, as well as in bookshops.