Ahead of the funeral of Her Majesty the Queen on Monday, many of our staff joined the thousands of people paying their respects by queuing for several hours to see her lying-in-state.

Ferzana Khan, a PA at our Trust, made a last-minute decision to go overnight on Wednesday 14 September, joining the queue at midnight and reaching the coffin at 8am on Thursday morning.

She said: “I didn’t want to not go and regret it as it will not happen in such a way again, but I wasn’t sure how to go about it. I called my cousin, Taeba, who is a royalist and was going later that night with friends. I made a hasty call to my manager to take Thursday as annual leave and went.

“I wanted to pay my respects and say farewell. I was born in Kenya, which is part of the Commonwealth so she has been my Queen since I was born. We met amazing people in the queue, there was a real buzz about the place, as well as a sense of sadness. There was such a closeness it was as if we all knew each other.

“I’d wanted to see the changing of the guards, which was amazing, and when I got to walk past the coffin I found it a humbling and overwhelming experience. Once you get there you forget the pain of your throbbing feet and legs and it’s all worth it. Everyone was there for the same purpose, and there was a real sense of calm. It felt like everyone did her proud, as she did us proud.”

Pictured below is Ferzana passing the coffin on the live stream. 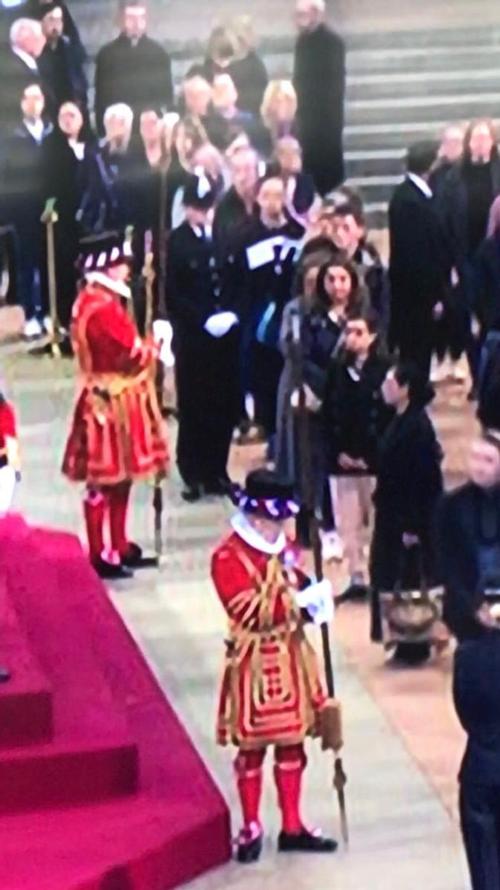 The camaraderie of the queue was something which also made the experience special for Grace Allick, one of our chaplains. Grace faced a 12-hour wait after joining the queue at 10pm on Saturday 17 September, luckily, her ‘queue family’ helped her through it. 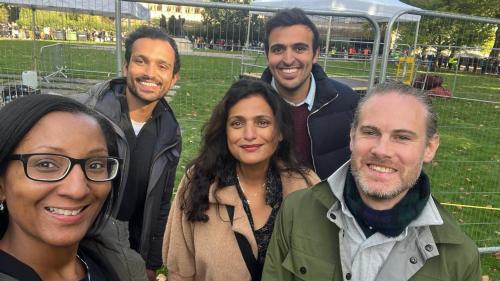 She said: “I left the kids with their dad and went on my own. I soon found my queue family, meeting Brett when leaving the station and then Archie and her two sons in the queue (pictured above with Grace, far left). It was really well organised, with blankets handed out as it was overnight. It also meant walking through my favourite part of London and I got some great pictures of London Bridge, the Globe Theatre, and the Tate.

“People were there for lots of different reasons, I wanted to pay my respects. The Queen’s faith was so strong, she was someone I looked to, who challenged me to be a better Christian. She had such grace and integrity.

“I really like connecting with people and met some amazing people in the queue, we got breakfast together and swapped numbers and messages afterwards. When I got to the hall at 10am on Sunday morning, it was silent. I spent a moment taking it all in and didn’t feel rushed. I did try to curtsey; however, my legs were so painful I couldn’t go down too far as I worried I’d fall over.”

After visiting Green Park and Buckingham Palace to see some of the floral tributes, Grace was home in time for church.

She added: “There are things I’ve wanted to do in the past and didn’t. I’m so glad I did this. Life is short so if I’m passionate about something, I’ll do it. We should all be intentional about what we do with our time; and do what’s right for us.”

Another of our colleagues found a different way to remember the Queen. Jean Legaspi from our Infection Prevention and Control team drew a portrait, which is now on display in the entrance hall at King George Hospital. Jean is pictured below with her portrait. 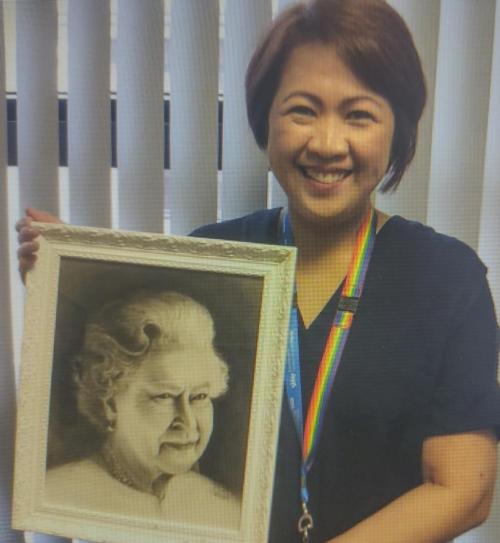