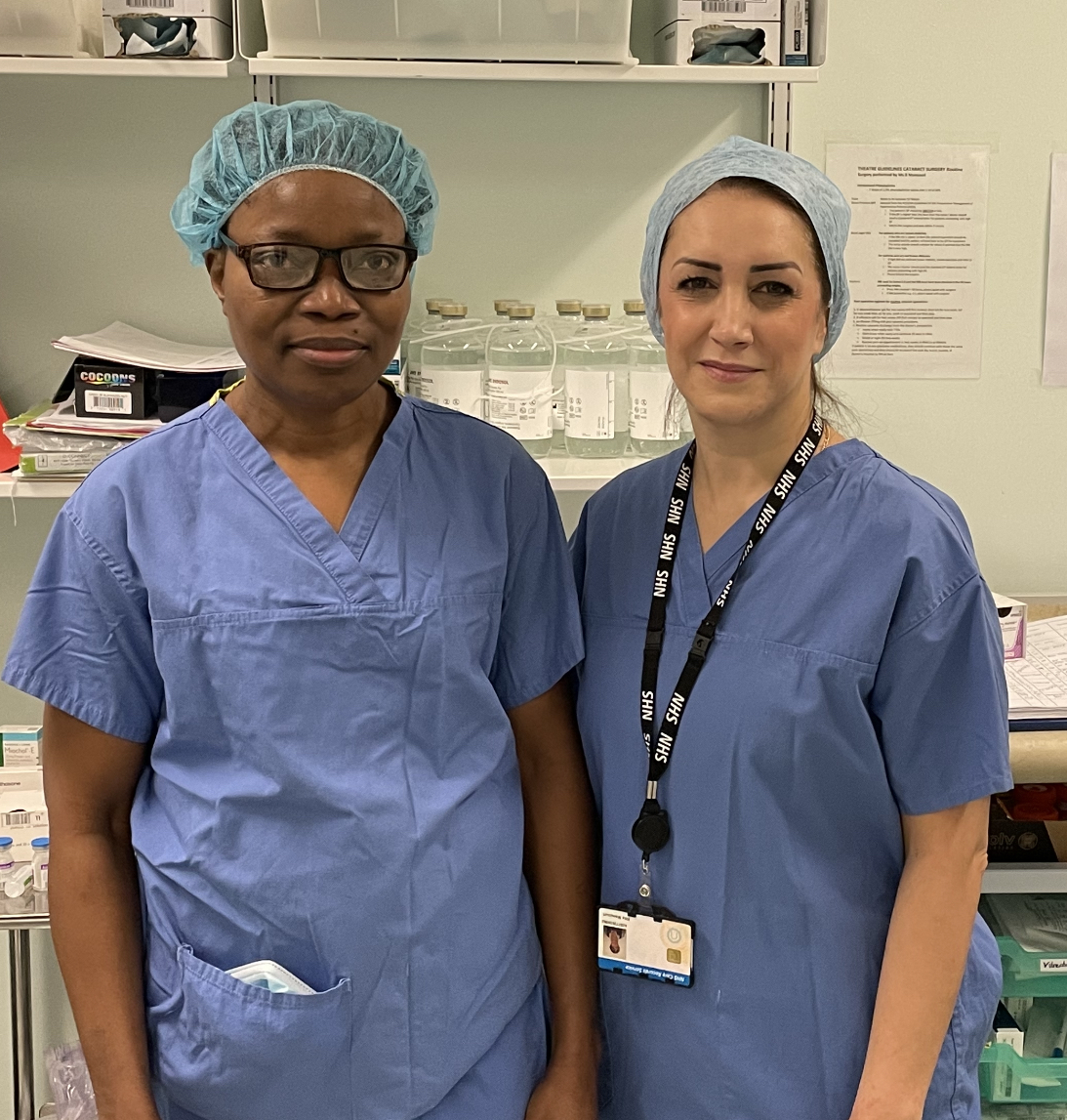 During the Covid-19 pandemic many of our services have had to change or indeed stop all together. This has unfortunately been the case for many of our elective treatments. However, our staff have been going above and beyond to still deliver the best possible care for their patients – our Ophthalmology team is one example, who have been successfully operating throughout the pandemic.

Jane Grandison, from Brentwood, was just one patient who was treated by the team. Diagnosed with scarring on her corneas in late 2019 she was subsequently referred to our Trust and was successfully operated on not once but twice.

Jane, 74, said: “Although scarring on the cornea is apparently relatively common, I had never heard of it before. I was told it would get worse, and my eye did become very blurry and watery.

“I eventually had to have two operations; my first was in August last year, a two-hour operation at King George Hospital where I had a cornea transplant.”

A cornea transplant, also known as a corneal graft, is an operation to remove all or part of a damaged cornea and replace it with a healthy donor tissue.

Jane also had a second operation at Queen’s Hospital in January, in the midst of the second wave of Covid-19. Speaking on her experience attending surgery in the middle of the pandemic, Jane said: “I was surprised they managed to do it in the middle of lockdown, but when visiting the hospital, I honestly never felt concerned or nervous about catching Covid – it felt safe with all the checks.”

The Ophthalmology team have averaged one corneal transplant operation a week since August. Carrying out these procedures during the past year is no mean feat, with immense logistical challenges facing them at every corner.

They had to remain flexible due to the ever-changing nature of healthcare in the pandemic, often operating at short notice in unfamiliar environments.

Bita Manzouri, Consultant Ophthalmologist at our Trust (pictured above, right) who operated on Jane, emphasised the team effort involved: “People too often just give all the credit to the surgeon, but really my work is just the last part in a huge collaboration involving various different people and teams.

“The process from tissue donation to transplant is really a huge team effort. I cannot emphasise enough what a sterling effort our theatre coordinators, Rebecca and Megan, our theatre sisters, Janet and Camille, and our departmental manager, Livia, have put into making these operations happen.”

Corneal transplant surgery is reliant on tissue donation, which has proved difficult to get hold of in the best of times - partly due to an outdated stigma concerning the donation of eyes - let alone during a pandemic. So when the team were given an opportunity, they seized it.

Bita added: “We initially started operating in the summer as we came out of lockdown since transplant surgery was high priority.

“But then we continued even as we entered the second lockdown as we were being offered tissue, since many other units were not operating, and our patients were willing to come in to have the surgery.

“We have been one of the few hospitals in the country who have continued to offer corneal transplant surgery during the pandemic, even during lockdown!” 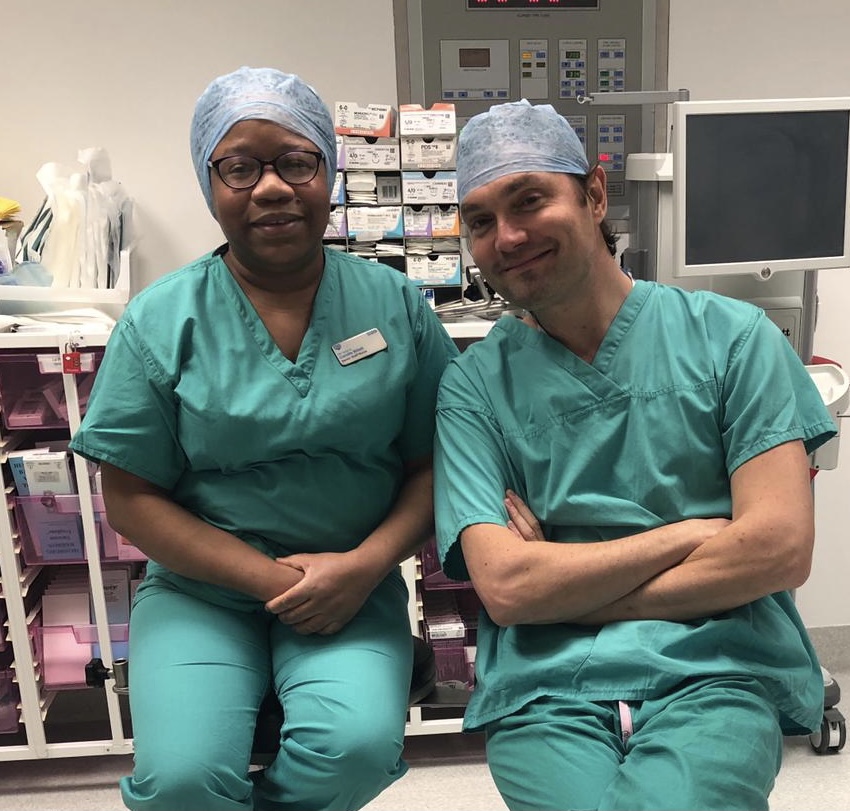 Livia Romain, eye department manager (pictured below), was just one of the many members of the team involved in securing the tissue for patients. Explaining the amount of work involved to achieve this, she said: “It was a huge team effort from everyone. We were on the phone a lot, essentially building those relationships with the donation banks to see if they could supply us the tissue.

“Everyone was going above and beyond, working extra hours to do our best and get what we needed for our operations.”

The whole team passionately share the common motivation of the end result of their work, which is being able to care for our patients, who, in the middle of a pandemic, are able to have their sight restored - ultimately making all the effort worthwhile.

The transformation that such surgery can make to someone is life changing. Speaking about how it affected her, Jane said: “It’s amazing how much my vision has improved, it’s made such a difference.

“I’ve worn glasses since I was nine years old but now I can actually see long distance! I really can’t thank the team enough for what they’ve done for me.” 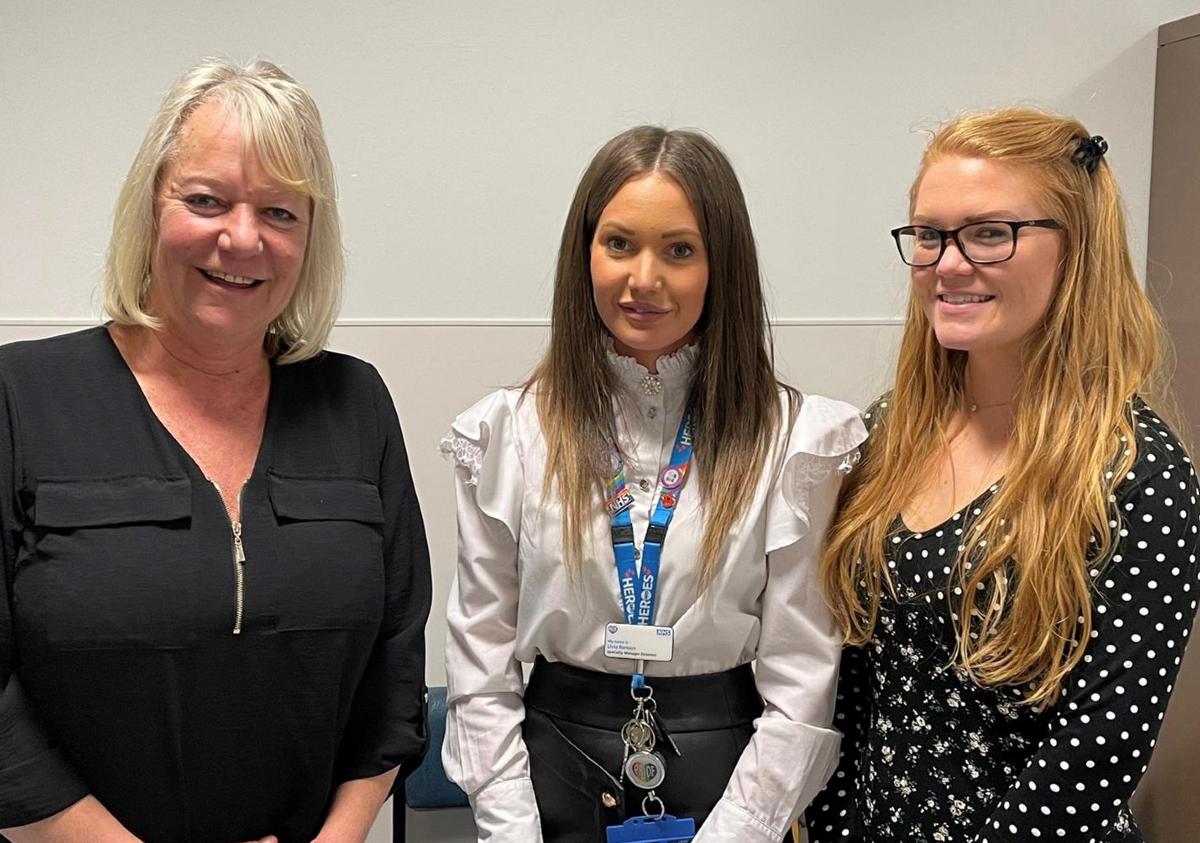