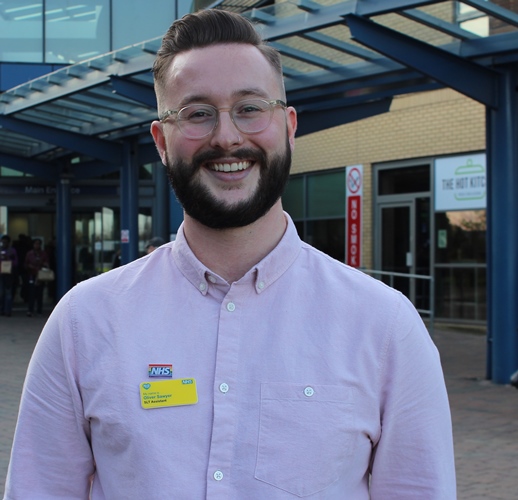 When it came to helping a patient get their appetite back following a stroke, some creative thinking was required. Oliver Sawyer, a speech and language therapist, explains why going off-menu and offering a patient their favourite tipple along with some comfort foods helped aid their recovery.

“I have been working closely with a patient who was admitted to Queen’s Hospital following a large stroke in early May. He has severe aphasia (difficulties understanding and expressing language) and dysphagia (swallowing problems). He has had his nutrition and hydration needs met by a nasogastric tube since his admission, and although his swallowing problems have improved, his appetite and thirst have been extremely poor.

“There is evidence that his mood has been impacted by his stroke and he has difficulties communicating. These have caused a domino effect that have led to him refusing food and drink on the ward and declining therapy sessions. His aphasia means that he is unable to express how he feels verbally, which is quite distressing for him and his wife.

“As speech and language therapists (SLTs) we always seek the invaluable input of our dietitian colleagues. Rahima (who is a stroke dietitian) and I worked closely with the patient’s wife to address his reluctance to eat and drink. The next time she came to visit, we asked her to bring along food and drink he would normally enjoy at home, such as Jaffa cakes, sausage rolls and jam sandwiches. He managed a couple of bites to eat and we were able to upgrade his eating and drinking recommendations so that he could enjoy a more regular diet.

“However, despite this success the challenge remained that I had not reviewed his swallow safety with fluids for a number of days, so the patient’s wife brought in a tin of his favourite tipple – Tadcaster’s finest John Smith’s. With the go-ahead from our medical colleagues, it turned out that offering a few mils of ale was just the trick – he was safe to drink thin, normal fluids, and we even managed a smile and a lovely moment between the patient and his wife. We are now working with his wife to discharge him home safely, where we believe his appetite will improve and his communication will be better supported within a familiar environment. 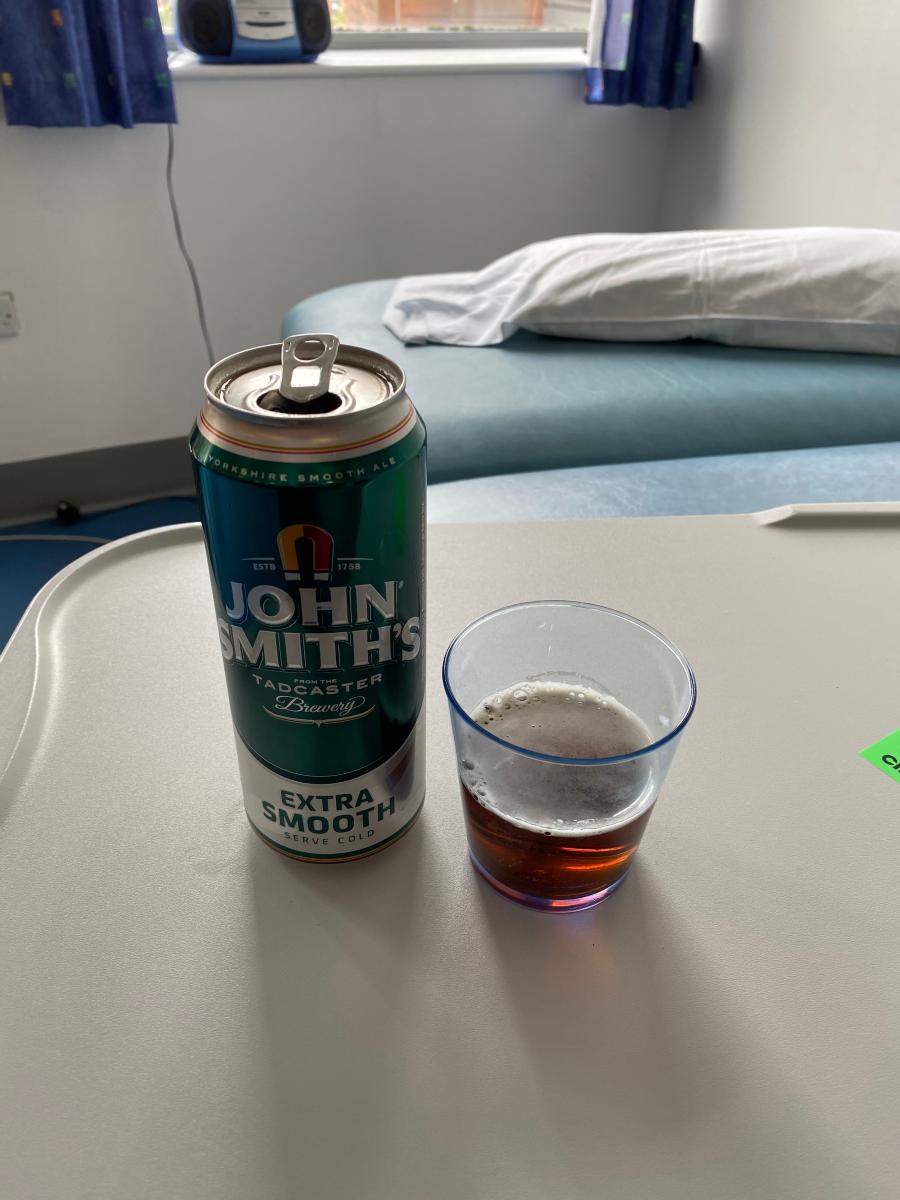 “As speech and language therapists, working across the stroke pathway here at BHRUT, we work with and support patients – like the individual I’ve just written about - who experience communication and/or swallowing difficulties as a result of their stroke. We are part of the multidisciplinary team caring for and facilitating the safe discharge of stroke patients by working closely with our physiotherapists, occupational therapists, dietitians, psychologists, nursing and medical staff.

“Typically, patients are first admitted to the Hyper Acute Stroke Unit (HASU), stepped down to the Acute Stroke Unit (Harvest B), and are then referred for further inpatient neurorehabilitation or are supported at home with Early Supported Discharge (ESD) team.

“As this story shows, when we work with our patients we use everything at our disposal - and think out of the box if necessary - to aid their recovery.”