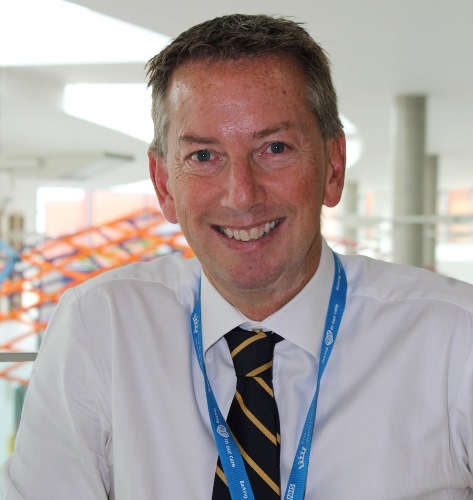 Nick, who joined our Trust at the beginning of September, brings more than 20 years of board experience in a variety of international finance roles, most recently as chief financial officer for British Airways until 2016.

Since leaving, British Airways, he has pursued a keen interest in health and the NHS – having studied a Masters in Health and Medical Science at University College London, and also having joined East and North Herts NHS Trust as a non-executive director.

Nick has joined our Trust on an initial 10 month contract.

Chris Bown, our interim Chief Executive, said: “We are delighted to have secured the services of someone with Nick’s extensive track record, experience and expertise. He’s the kind of person we need to be attracting to the NHS.

“I, along with the rest of the Board and the Executive team look forward to working closely with Nick to continue to turn around the Trust after the recent financial difficulties we have been working through.”

Nick said: “I’m really pleased to be joining the team at the Trust. Like many people, I’m very proud of this country’s National Health Service, and it’s great to now be a part of it. There will undoubtedly be challenges, but I’m looking forward to tackling them.”

After studying engineering at Exeter University, Nick qualified as a chartered accountant with Touche Ross in 1988 and then spent five years in New Zealand in both practice and commerce before starting a family and returning to the UK.

Nick brings over 20 years of board experience in a variety of international finance roles, most recently as Chief Financial Officer for British Airways, from 2010 until 2016.

Since then, Nick has studied part-time for an MSc in Health and Medical Science at University College London, is a non-executive director at East and North Herts NHS Trust and is a trustee at the girls education charity Camfed.