Transgender performance poet Jay Hulme gave a thought-provoking talk at Queen’s Hospital today (Friday 28 June) about his experiences of healthcare during his transition. It was part of our Pride celebrations. 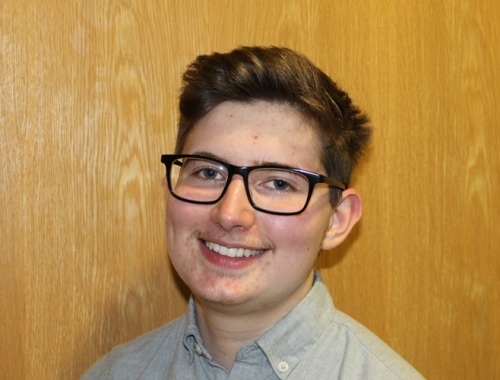 Jay (left), now 22, visited his GP to start the transition just after his 18th birthday and told how he was ‘lucky’ to only have to wait 18 months for a referral to a gender clinic; in some areas the wait could be up to four years.

He shared his difficulty in getting the testosterone he needed, the fear of talking about his depression caused by waiting to get the care he needed in case it caused even further delays, and even how a simple blood test led to him being asked about his genitalia.

His message to healthcare workers was to be respectful of trans patients, not to ask weird, inappropriate questions and to call out transphobia.

He said: “I think it’s really important to talk to doctors and healthcare staff about my experience. Everyone will end up in hospital at one point so it’s much better to be prepared for a trans patient before they come in.

“As I’m not a patient here, it’s easy for me to speak freely, whereas patients may feel unable to do so when things go wrong. And it’s an opportunity for them to ask me questions about all the things they want know – so they don’t ask their patients those awkward questions!”

Jay also raised important concerns about how being transgender could affect patients as they age, including how some illnesses may present differently in male or female patients which could be missed if a doctor does not know a patient is transgender, and how dementia could lead to them identifying with their former gender.

There was also an exhibition of key dates since Pride began following the Stonewall riots, and many more members of our staff made their rainbow pledges, signing up to the NHS’ rainbow badge scheme, showing their support for the LGBT+ community.

The celebrations were led by our LGBT+ network, which aims to give a voice to staff and patients in this community, making both Queen’s and King George hospitals welcoming and inclusive for everyone.

You can read about why the network is so important first-hand from one of its members, our Head of Radiotherapy, Stuart McCaighy (pictured below), who shared his own experiences after realising he was gay at 13, below: 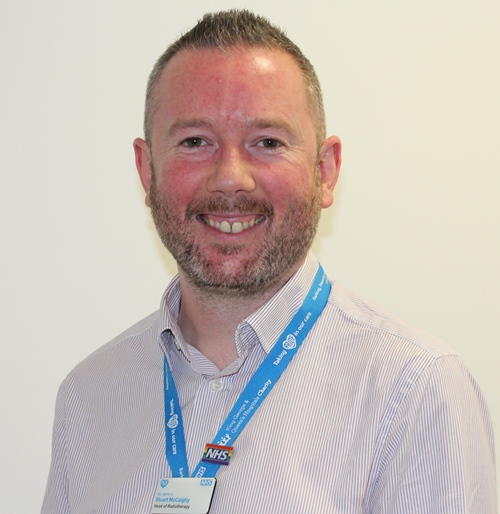 “I realised I was gay when I was 13. I was at a comprehensive boarding school and it was just about the worse thing possible.

I didn’t want to be gay and it took me a long time to come to terms with it. It was a very different world then.

I started to get more involved in the LGBT+ community at university. There was no internet and I didn’t know anyone else who was gay – the only person I actually knew about was Julian Clary! Joining the LGBT+ society helped me make friends, feel solidarity from sharing my experience, and I felt safe.

I was nervous starting my first job as I wasn’t sure how I was going to tell them, however, I was outed before I arrived as someone from my university was already working there. No one treated me any differently.

I’ve also had a positive experience at our Trust, however, I’ve been out for years and came into a senior management position.

Our network is important for those who might not have had that experience. It’s about visibility and representation and shows that our Trust takes this issue seriously and is willing to do something about it. The rainbow badges are a visual display of that commitment.

It’s also important for our patients. Research shows that LGBT+ patients often have a poorer experience in hospital. They can be afraid to talk about their needs or are not understood.

In our staff survey, just two per cent of staff identify as LGBT+. People are entitled to their privacy, however, that may not be the reason they don’t want to identify themselves.

Hate crime is on the rise and while it’s more recognised now, and better reported, it’s still a concern. Despite my mostly positive experience at work, I’ve been physically and verbally assaulted and I’m mindful when I’m out with my husband before showing any kind of affection.

As well as being a safe space to raise issues and concerns and for them to be acted upon, our LGBT+ network is also a great place to make friends. It can make a huge difference to share your experience with those who have been through it.

The main thing for our staff is it enables you to be part of something – you don’t have to feel alone.”