As a thank you to NHS staff for their incredible work during the pandemic, men’s and women’s teams from our Trust recently took part in a fantastic football tournament hosted by West Ham United. 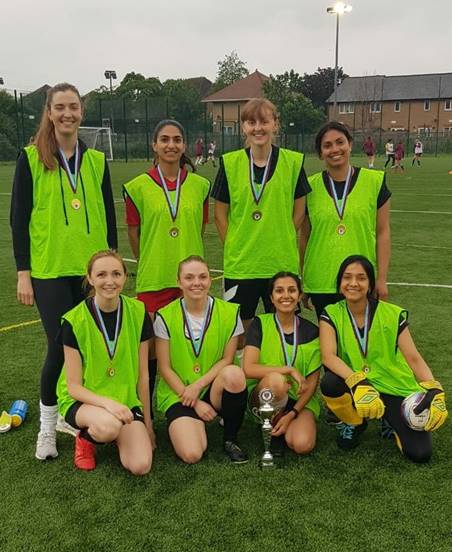 Playing against colleagues at Barts Health NHS Trust, four six-a-side teams from our Trust spent two evenings battling it out for the opportunity to represent West Ham and Dagenham and Redbridge FC at a London-wide tournament later this summer at Gunnersbury Park, Ealing.

Our Trust was represented by both men’s and women’s teams, made up entirely of our own staff, all from varying departments and roles.

Farhan Chowdhury, who works in our Emergency Department at Queen’s Hospital, explained why he signed up: “I decided to play in the tournament as I felt it was a great chance for myself and other colleagues to relax and unwind after a very exhausting year.

“It was also the perfect opportunity to meet new people as well, and come together and enjoy ourselves.”

Chloe Jackson, a Physiotherapist who works in our Stroke Therapy team and captain of one of our women’s teams, said: “We all really enjoyed it, everyone was in such good spirits. The team also did amazing! We finished the tournament unbeaten and didn’t concede any goals.”

On playing our colleagues at Barts Health, Chloe added: “There were a few familiar faces that we had worked with before so there was definitely some friendly rivalry – but all very good natured!

“We all had a catch up before the tournament which was really nice to be a part of.”

The games were played with brilliant spirit, with outstanding talent and sportsmanship on show. Our women’s team won their tournament while one of our men’s teams, BHR Finest, finished runners-up.

The tournament winners will now represent West Ham United at the finals and will also have the privilege of being managed by West Ham United legends. The runners up will also have the opportunity to play in the finals, representing Dagenham and Redbridge FC. The London-wide competition is part of an NHS contest organised by London United, which consists of 14 clubs from the capital. Each club hosted a regional round supporting NHS Trusts from their local area.

Luca Comisi, an Infection Prevention and Control Nurse and captain of one of our men’s teams, explained his eagerness for the next stages of the tournament: “I can’t wait. All of our team players are strongly motivated and we are hoping to make our Trust proud by winning the final!”

Ben Morrin, our Deputy Chief Executive, emphasised the importance of our Trust’s partnership with West Ham: “We have a very positive relationship with the club. With the first-team training ground right next to Queen’s Hospital in Romford, the club is a huge part of our community and we look forward to continue working together. Thanks to the Hammers for the positive role they play in our communities.” 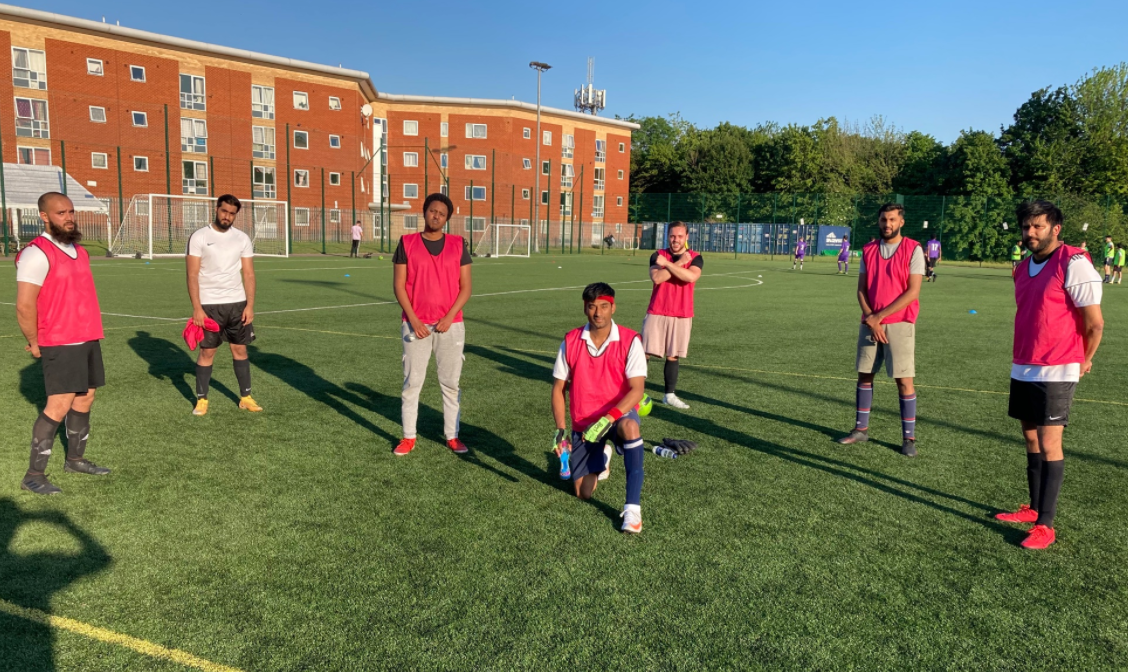