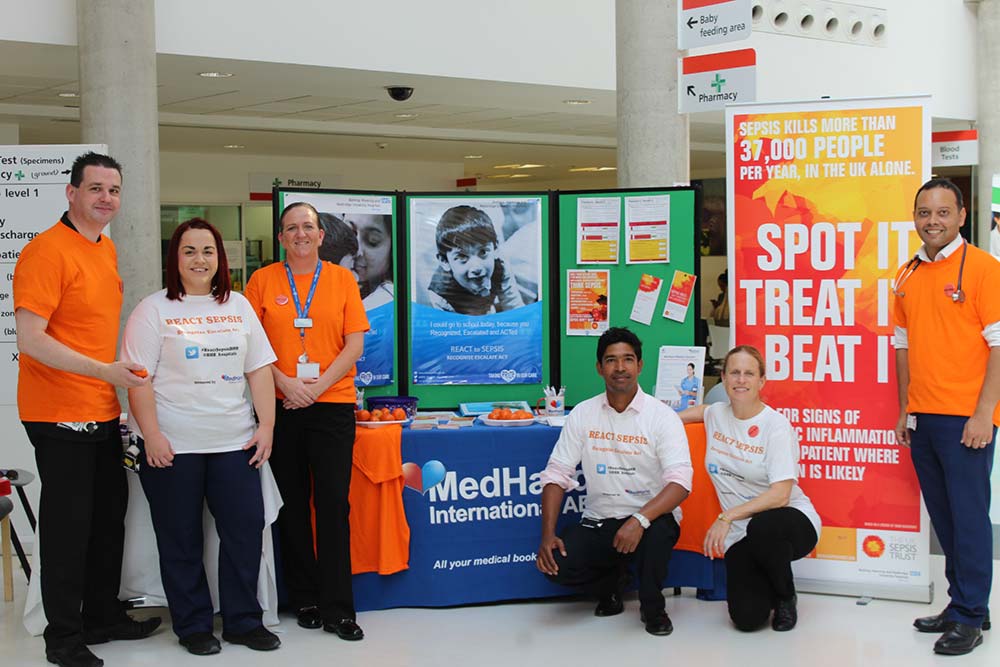 We held a range of activities this week to mark Sepsis Awareness Month.

On Wednesday (14 September) several staff across both our hospitals began their day by taking part in simulation training, using real-life scenarios to role-play the steps they should take to identify and treat sepsis.

We also used social media to help people learn more about the symptoms, creating two short animations for spotting them in both children and adults.

An information stall was held throughout the day at Queen’s Hospital where patients and visitors could learn more about the condition. Our clinical staff were also challenged to name the Sepsis Six, which are the key actions that should be taken to treat patients with suspected sepsis. These include giving them oxygen, fluids, antibiotics and taking blood cultures, to test the bacteria present in their blood.

Sepsis is a life-threatening condition which causes more deaths each year than bowel, breast and prostate cancer combined.

Aklak Choudhury, our Respiratory Consultant at the Trust who leads on sepsis, said: “We’ve done a huge amount of work to raise awareness among our staff about the symptoms of sepsis, so it’s great to use events like this to reach a wider audience of local people.

“Sepsis is a medical emergency but if diagnosed early, it’s very treatable. We’re actively looking for sepsis in all of our patients, and are aiming to screen all patients that come into our hospitals for sepsis.”

We also introduced sepsis trolleys, which contain all the equipment needed to treat the condition, in our emergency departments and busiest wards. There are also sepsis kits available in all other clinical areas across our hospitals. Face-to-face sepsis training is taking place.

To find out more about sepsis, visit the UK Sepsis Trust website