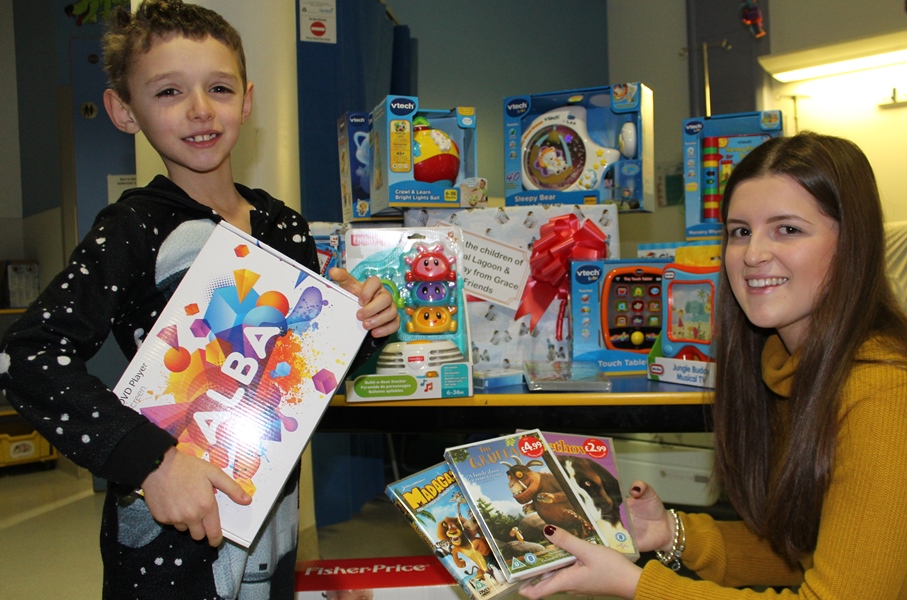 Christmas may have come and gone, but that didn’t stop children at Queen’s Hospital getting a special delivery of toys, DVDs and games this week.

They were delivered by 18-year-old student Grace Hill, who made the pledge to raise money for our children’s wards after completing work experience at our hospital last year.

She managed to raise over £1,500 and involved her former primary and secondary schools, as well as Heathcote School, where she is studying for her A-levels, in the fundraising drive.

Grace, who grew up in Havering and moved to Balliol Avenue, Chingford last year, got the idea when she was given free range to come up with anything she liked as part of her extended project qualification.

She said: “I did work experience in HR and I got to see the children’s ward and decided then that I wanted to raise money for them.

“I’m really interested in children and I want to be a child psychologist so my course gave me the perfect opportunity. I set up a fundraising page with a target of raising £1,000; I got 150 per cent of that so I was really proud.”

The Albany School held a dress down day to raise money, while Rush Green Primary School, which Grace also attended, dressed up for Children in Need in November, donating half of the proceeds to the BBC charity, and half to Grace.

To raise additional funds, sixth former Grace worked with younger pupils at Heathcote to design sponsor forms and set challenges as part of their PE lessons.

She’d collected a wish list of toys and other items to keep children staying in hospital amused before she started raising money, and managed to get everything on the list. She’s also donated the remainder of the money to the King George and Queen’s Hospital Charity to be spent on further equipment for the children’s ward as needed.

Pictured is of Grace with eight-year-old Michael Charalambous, one of the first young patients to benefit from the new toys.