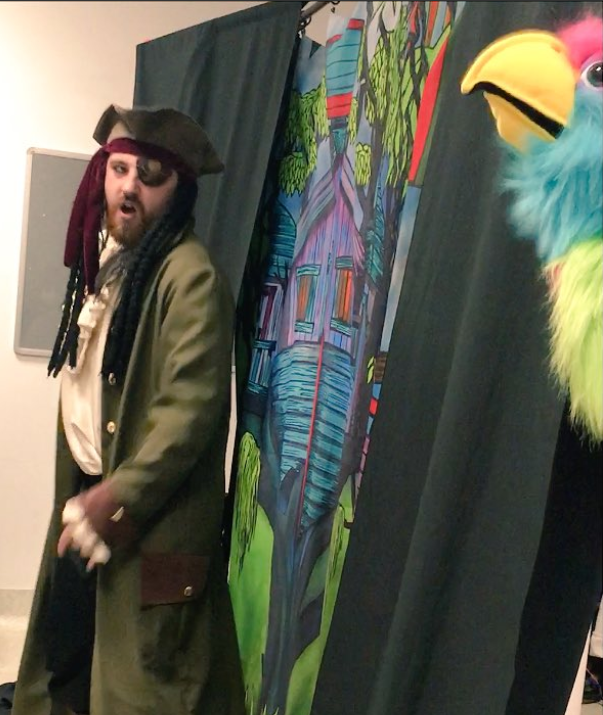 The pirate themed panto had four actors who portrayed pirates and princesses much to the delight of young patients on our children’s ward.

Our play specialist Lucy Williams said: “It was great and the children absolutely loved it. There was lots of interaction, even with the parents who started off sitting back but were soon giggling and joining in.

“We had one little boy, five, who had been in hospital all week and was quite fed up by Friday, so the panto really cheered him up and he was so excited beforehand, even checking when they were coming and making me promise I wouldn’t let him miss it! We also had a little girl who’d spent a lot of her time with us asleep, and she stayed awake the whole time!”

Our play specialists had arranged for the panto performance on Tropical Lagoon ward at Queen’s Hospital.

Pictured above is one of the pirate performers from the panto.