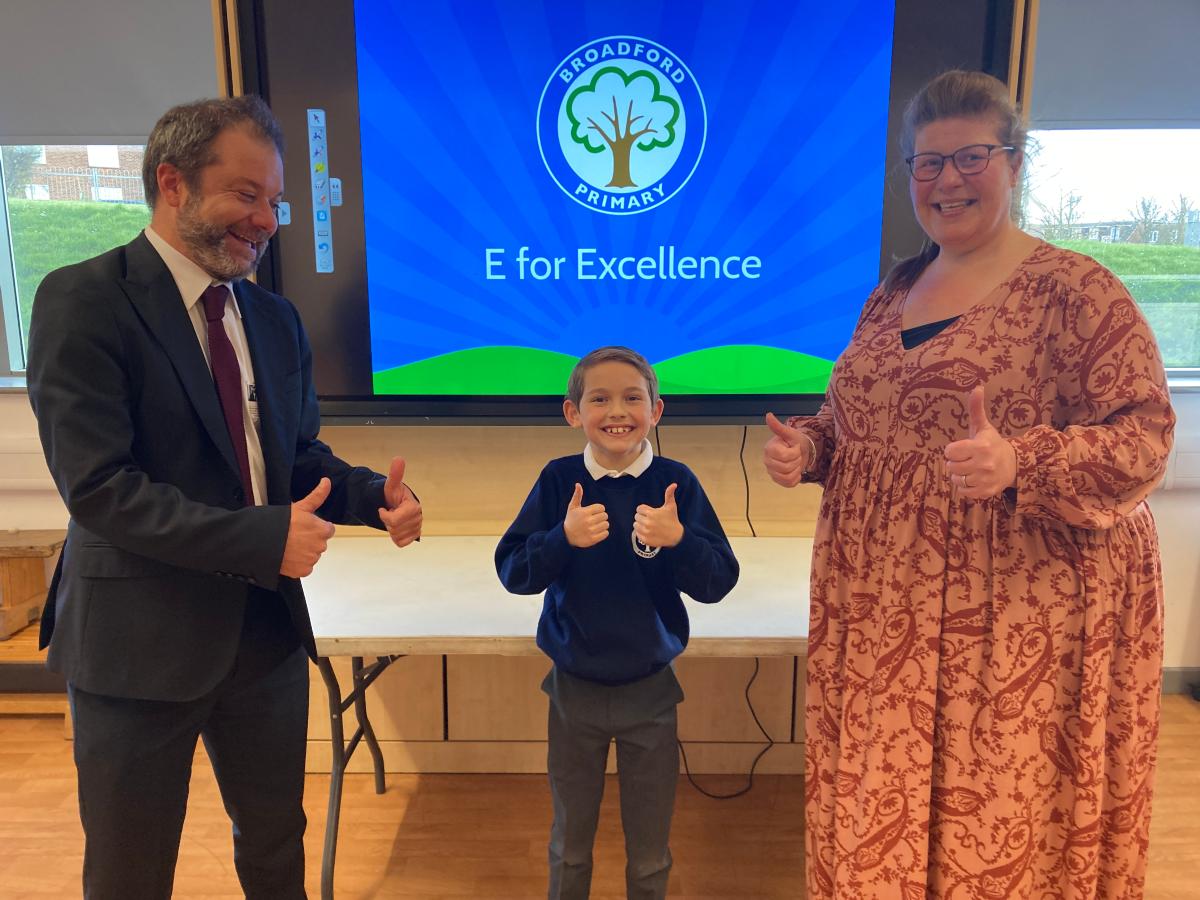 A group of year four pupils at a primary school in Romford got the surprise of their lives when we teamed up with West Ham United to thank them for making decorations for our hospitals last Christmas. 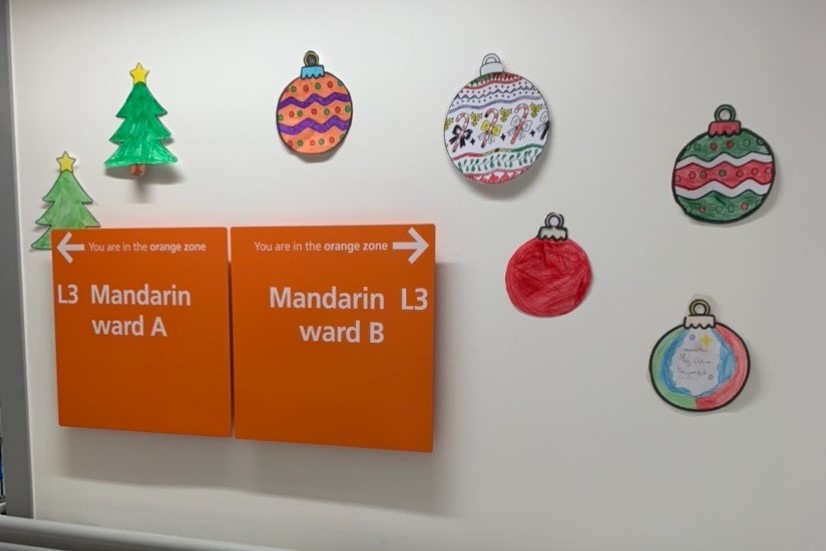 The children at Broadford Primary School were inspired after pupil Harry Cole, eight, was told by his nan, a cleaner at Queen’s Hospital, how patients couldn’t have normal Christmas decorations because of enhanced cleaning measures due to Covid-19.

The year group all joined in to create laminated decorations that could easily be cleaned and displayed on the walls in our wards.

Just before the end of term, our Deputy Chief Executive Ben Morrin visited the pupils during an assembly to say a special thank you on behalf of our Trust. 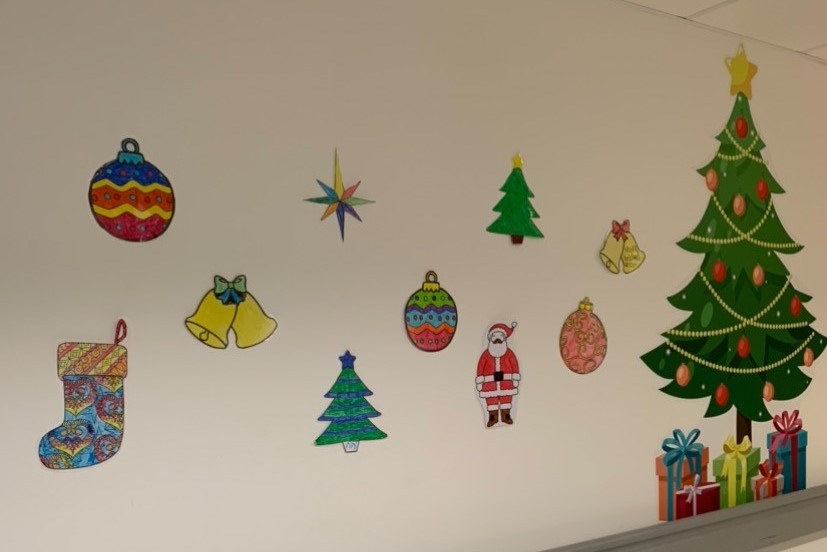 The pupils were then shown a video message from West Ham defender Ben Johnson who thanked them for sending us their decorations, and we presented Hammers fan Harry with tickets for a VIP tour of the London Stadium, home of West Ham United.

Harry said: “My nanny told me that people couldn’t have decorations in hospital, so I started making some at home and then asked my class if they would like to help.

“I’m really happy they were put up at Queen’s Hospital and I really like the video from Ben Johnson. Thank you.” 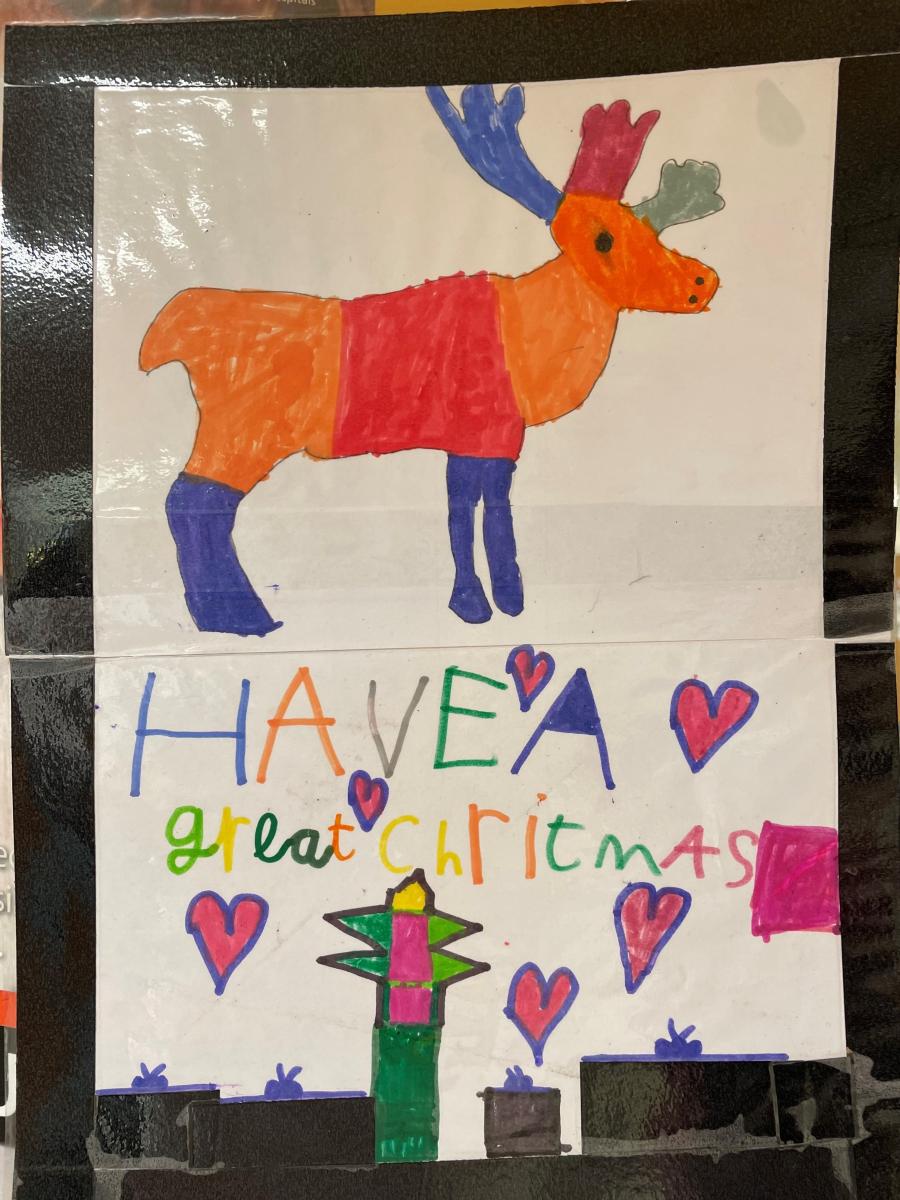 Lois Nicholls, headteacher at Broadford Primary School, added: “Being kind is one of our pupil jobs and we encourage our pupils to be kind to everyone they meet.

“We are incredibly proud that our pupils brought some Christmas cheer to patients at Queen’s Hospital and thrilled to see Broadford children making a positive impact within their local community.”

Ben Morrin added: “We were very grateful to Harry and his year group for the wonderful decorations they made for us; they really helped spread Christmas spirit!

“It was an absolute pleasure to be invited to Broadford Primary School to present Harry with his gift. Thank you to our friends at West Ham United for helping us reward Harry’s kindness.

“Broadford Primary is a great caring school. Many of the children told me they were born at Queen’s Hospital. It was lovely to hear them talk about our hospital so lovingly.“

Watch Ben Johnson's video message to Harry and his classmates.