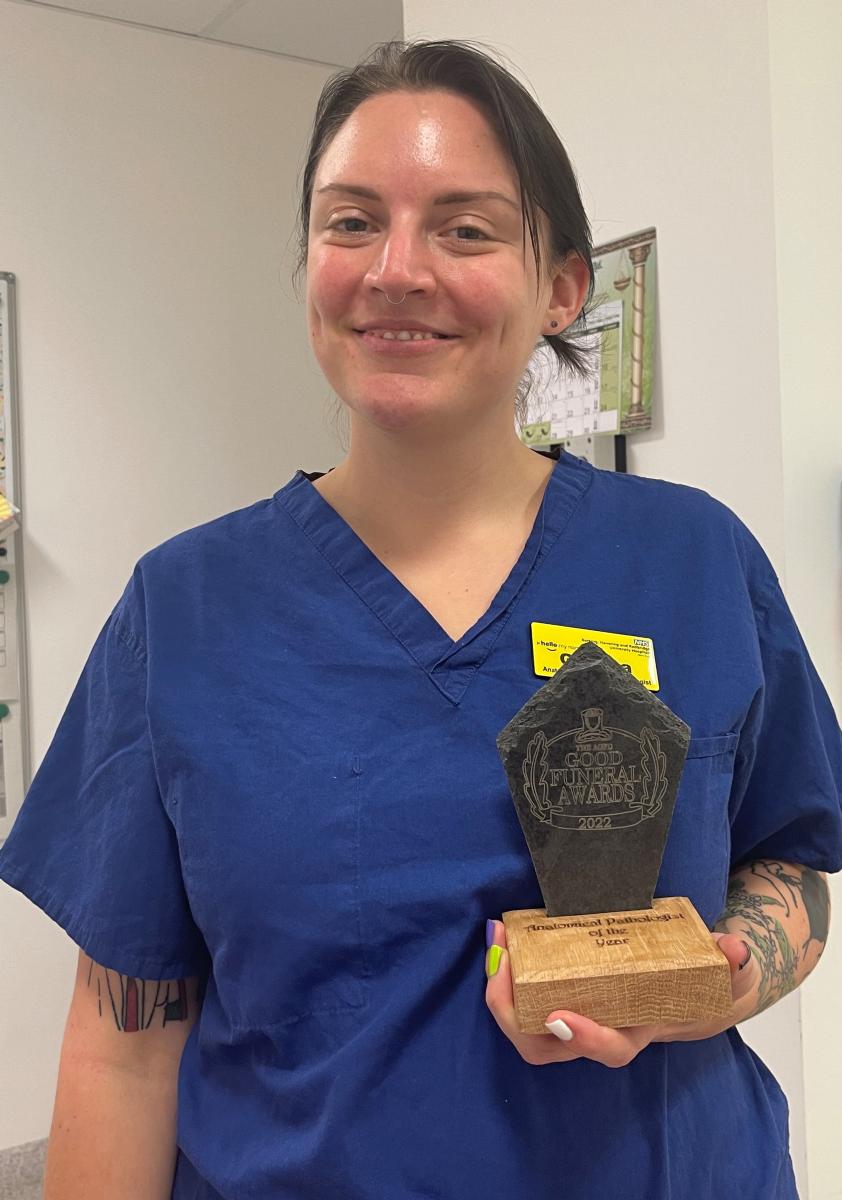 A passion for more environmentally friendly burials has seen Gemma Norburn (pictured above with her award) from our Mortuary team win anatomical pathology technologist (APT) of the year at the Good Funeral awards.

The awards are run by the Association of Green Funeral Directors, which encourages funeral directors to become greener and bring natural funerals into the mainstream.

Gemma, who blogs about her role as ‘Mortuary Gem’, is passionate about greener burials, and blogged about a recent visit to Herongate Wood, a woodland cemetery.

She said: “It’s something that’s important to me and I want for myself. Natural burial sites like Herongate Wood have no headstones and are eventually closed and become natural woodlands. The idea is that you visit the woodland in memory of your loved one, which is much nicer than visiting a grave.

“I like the idea of moving away from traditional cemeteries which can become overgrown and decay. It’s also better for the environment as cemeteries are sprawling things which take up lots of land. Woodlands have more space, and you can have family plots. At Herongate you cannot be embalmed, as when bodies are buried this means strong chemicals going into the ground, and you are buried in a shroud rather than a coffin.”

Gemma, who joined our Trust as a trainee APT five years ago, was unable to attend the awards in person as she was at the Association of APTs’ conference in Liverpool.

She added: “They emailed me afterwards to say I’d won and sent the trophy to me. I felt overwhelmed to find out as I returned from the conference where I’d spent the weekend surrounded by really eminent people in my field.

“It was a great week to find out though as it was the same week we had our inspection by the Human Tissues Authority, so we’d been under a lot of pressure. It was lovely to win.”

Having qualified as an APT while working at our Trust, Gemma is now completing her training to become a senior APT.