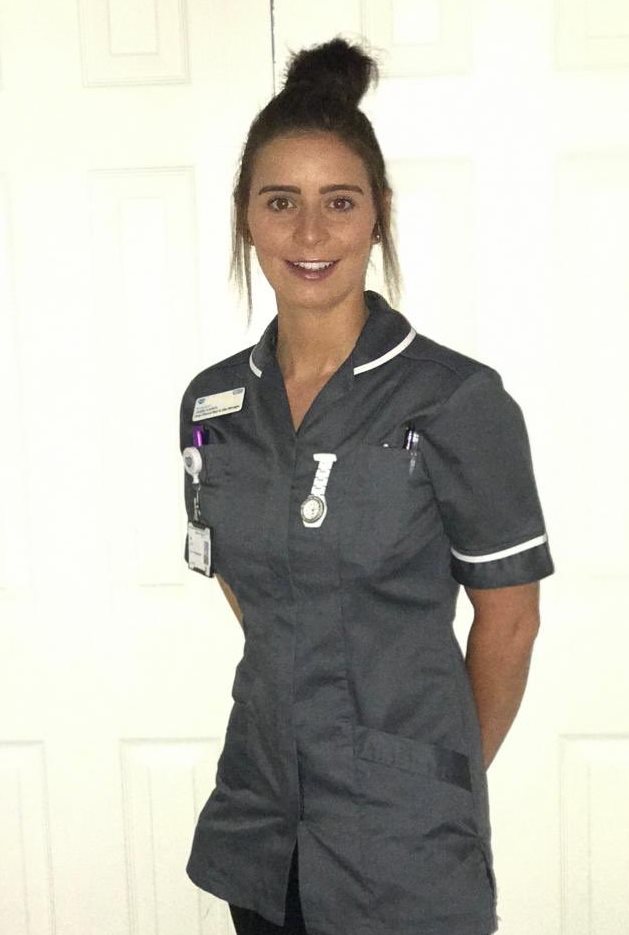 Our nurse Josie Larkin finally got her wish to deliver a baby when she came to the rescue of a couple in the car park at Queen’s Hospital, at 4.45am on Sunday (August 11) morning!

The clinical bed and site manager was doing her rounds when a desperate voice urged her to come out as a woman was in labour in the car park. Josie, who has never helped at a birth before, ran out to our drop off zone where she found the mum-to-be, alongside her husband and members of the Trust’s Security team.

She said: “The Maternity team had been called, however, the head was already out so there was no time and no way we could move her.

“Her husband was hysterical so I was supporting her and comforting him – and I was petrified myself! She had a contraction just after I reached them which pushed the baby out into my hands, he was really slippery!

“He didn’t cry at first, however, after I picked him up and rubbed his back he did start to cry. It was an amazing experience. I’ve not had children myself and have no midwifery experience. I’d never seen a natural delivery and I always wanted to - watching Call the Midwife got me ready for it!”

After helping the couple to our Labour ward, Josie went back to her day job, despite it being quite ‘surreal’ after her momentous experience.

She added: “It was exciting and chaotic, the new father was in shock so I congratulated them and left them to get used to being a new family. It was amazing and I was so happy I could be there to help.”