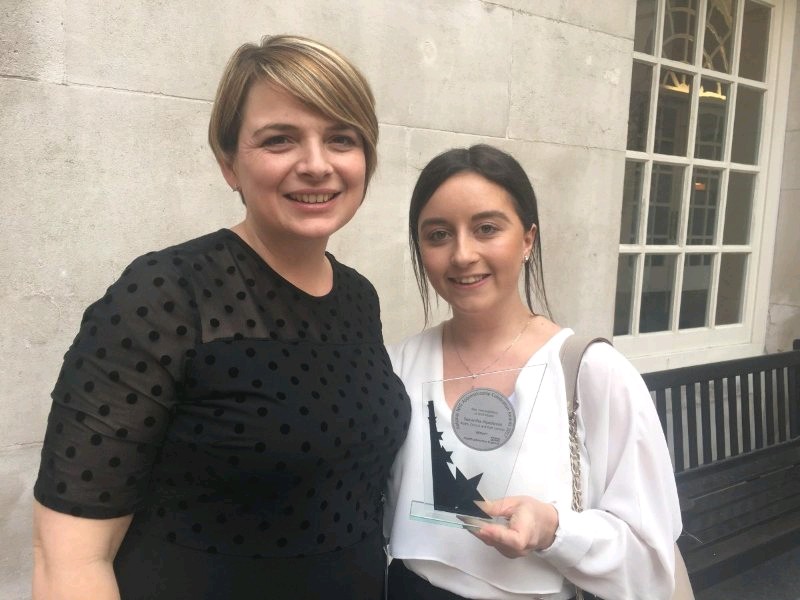 Samantha Misselbrook, a training and development assistant at Queen’s Hospital, was named best apprentice in the north, central and east London region at the National NHS Apprenticeship Celebration Awards.

The 21-year-old joined our Trust in November 2015 and impressed us so much she was given a permanent job with us in January this year.

In her role, she is passionate about helping other young people as it wasn’t so long ago that she was unsure what to do after she left school.

Samantha, of Trustons Gardens, Hornchurch, said: “I started a childcare course after I left school, then A-levels and then began an apprenticeship at an estate agent, but none really felt right. I’d always been interested in healthcare so when I saw an apprenticeship advertised at the Trust I went for it.

“I feel very lucky to have got a permanent job at the hospital, where I know I can progress.”

Her role involves working with other young apprentices and visiting schools to speak to young people about the roles available at the Trust.

Samantha, who attended Warren School in Dagenham, was nominated in the Health Education England (HEE) awards by her manager, Jennie Stone, in recognition for her hard work and demonstration of NHS values such as compassion and good communication.

Pictured is Samantha (right) with her manager Jennie.