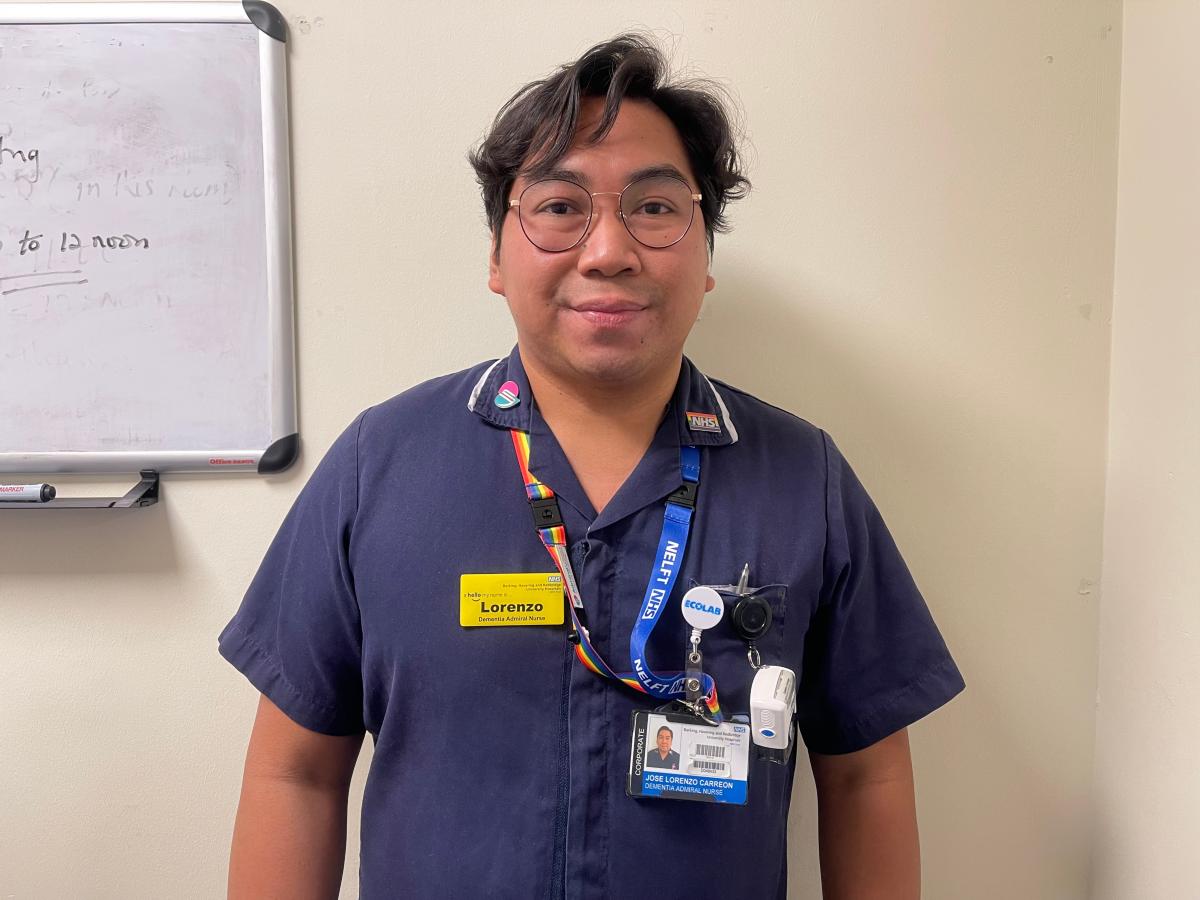 Lorenzo, who works in the Safeguarding team, was given the award for demonstrating and influencing excellent nursing practice, raising awareness, and shining a positive light on Admiral Nursing beyond clinical practice.

He said: “I used to be the nurse in charge for Clementine A, a frailty ward at Queen’s Hospital. I always had a passion for dementia and bettering the care for patients, giving them the highest quality of care they need.”

“As an admiral nurse we support patients, and we advocate for carers as well, acting as a voice for them. We try to bridge the gap between the multi-disciplinary team, carers, and families.

In an attempt to raise awareness, Lorenzo launched Mind your Board – a competition between wards for the best Dementia and Delirium information board at King George and Queen’s hospitals.

Following his nomination, the Dementia UK judging panel said: "Lorenzo showed creativity in the development of the competition between hospital wards to stimulate the staff engaging in developing dementia care. His commitment to improving dementia care shines through.”

Lorenzo said: “I felt surprised, I wasn’t really expecting anything but it’s really humbling that I received this award and was recognised as a valued team member. It’s really encouraging that I was able to raise awareness by promoting what we’re doing in the team.”

For Lorenzo and the Dementia and Delirium team, their work also extends to the local community. On 31 January, they’ll be attending an event at Romford Bus Garage to raise awareness and provide support to local bus drivers and staff members.

Discussing the initiative, Lorenzo said: “People living with dementia can struggle with everyday tasks like riding the bus, sometimes they go around in circles and for some bus drivers they don’t know how to deal with that. We want to extend our support and share information on how best to deal with this.”

If you’re living with dementia or care for someone who has dementia you can access Admiral Nurses at your local GP practice, NHS hospitals, care homes and hospices.