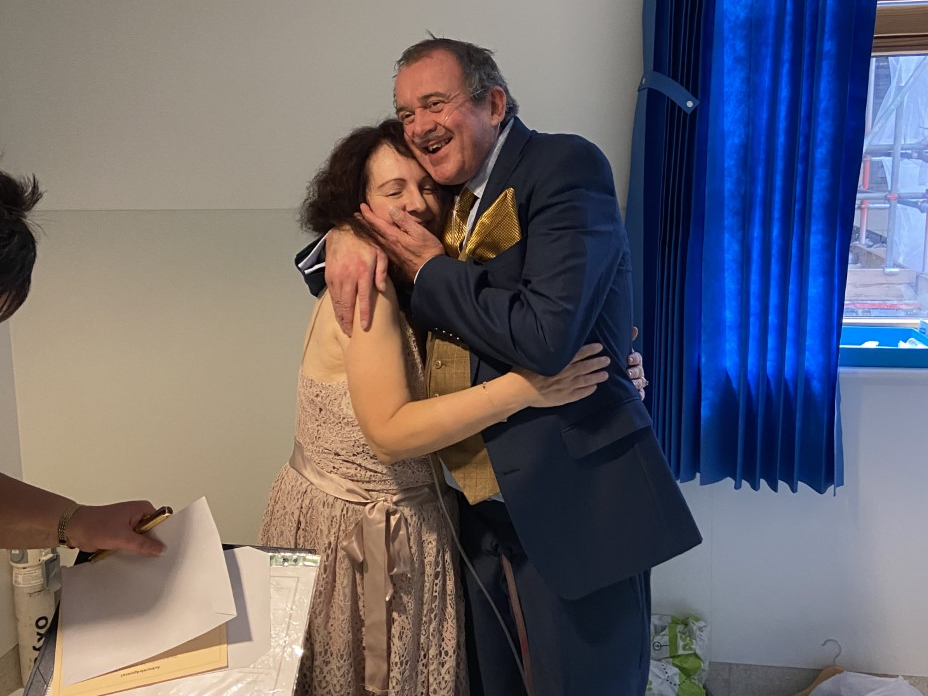 Following a whirlwind romance, having met in June this year, James Morgan and Alice O’Neill were keen to get married. This was especially important to them due to James’s ill health; he has a complex respiratory history including asthma and chronic obstructive pulmonary disease (COPD) and previously had surgery to remove part of his lung.

However, their plans to marry at Langtons in Hornchurch on Tuesday 19 October were put on hold when James, 51, was admitted to Queen’s Hospital nine days before.

Alice, 55, said: “We always knew we wanted to get married quickly and when James was admitted to hospital, we knew it wouldn’t be possible to get to Langtons.” 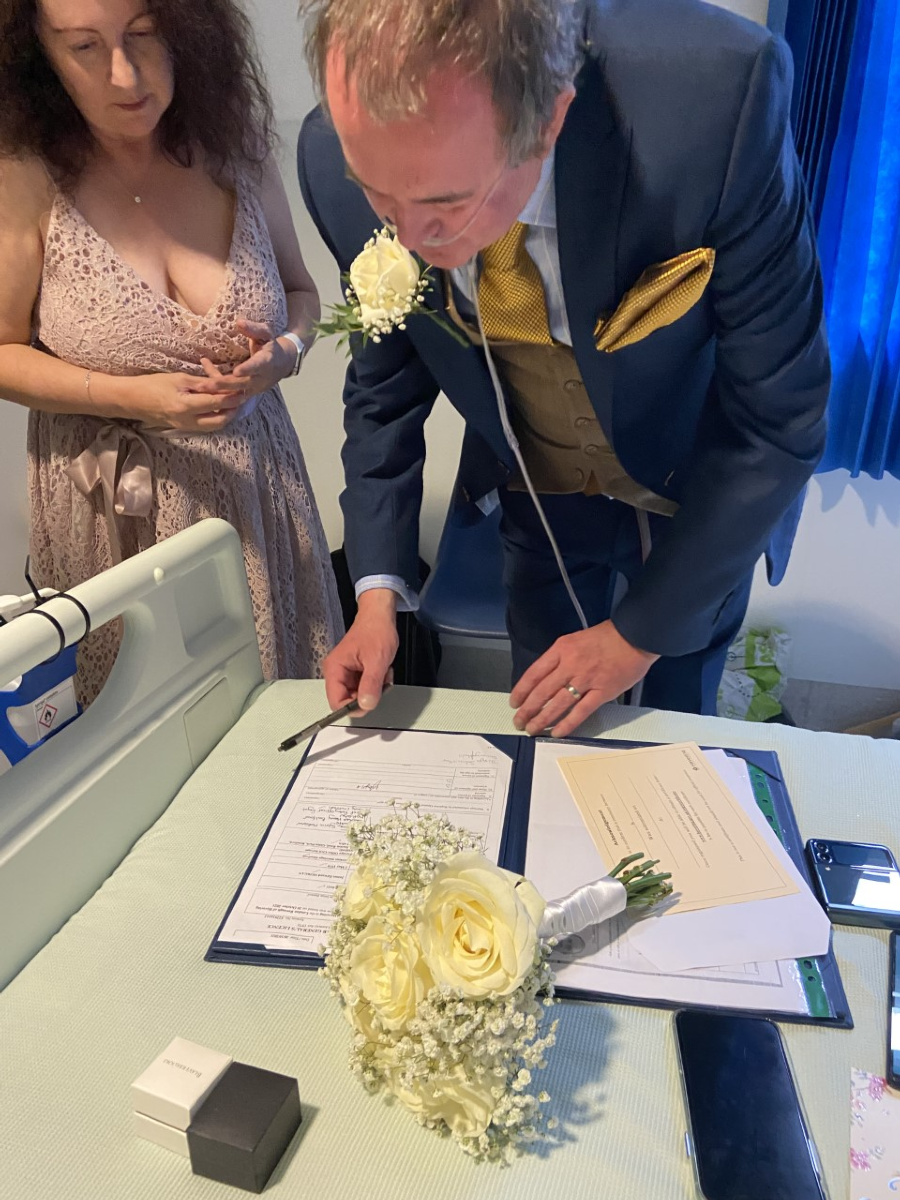 So our staff on Bluebell A ward, who were caring for James, worked closely with our Bereavement team, arranging a wedding on the ward within a couple of hours. They were even able to get a registrar from Langtons to perform the ceremony, on Wednesday 20 October.

“It was a wonderful end to our fairy tale,” said the new Mrs Morgan. “I’d like to say a big thank you to all the staff at Queen’s Hospital and Langtons for making everything happen so quickly.”

One person singled out for praise by Alice was Deborah Carter, a bereavement officer at our Trust, who helped prepare the necessary paperwork and kept Alice in the loop each step of the way.

Deborah said: “Being there for James and Alice and making the process as smooth as possible for them gave me and my colleagues great pleasure and we are so happy for them.”

The newlyweds first met when James was visiting his sister in Elm Park. He and Alice matched on Tinder and started talking but he returned home to Gosport, Hampshire before they could meet in person.

It didn’t take long for that first date though, as they decided to go for a drink in Guildford, roughly halfway between where they lived. 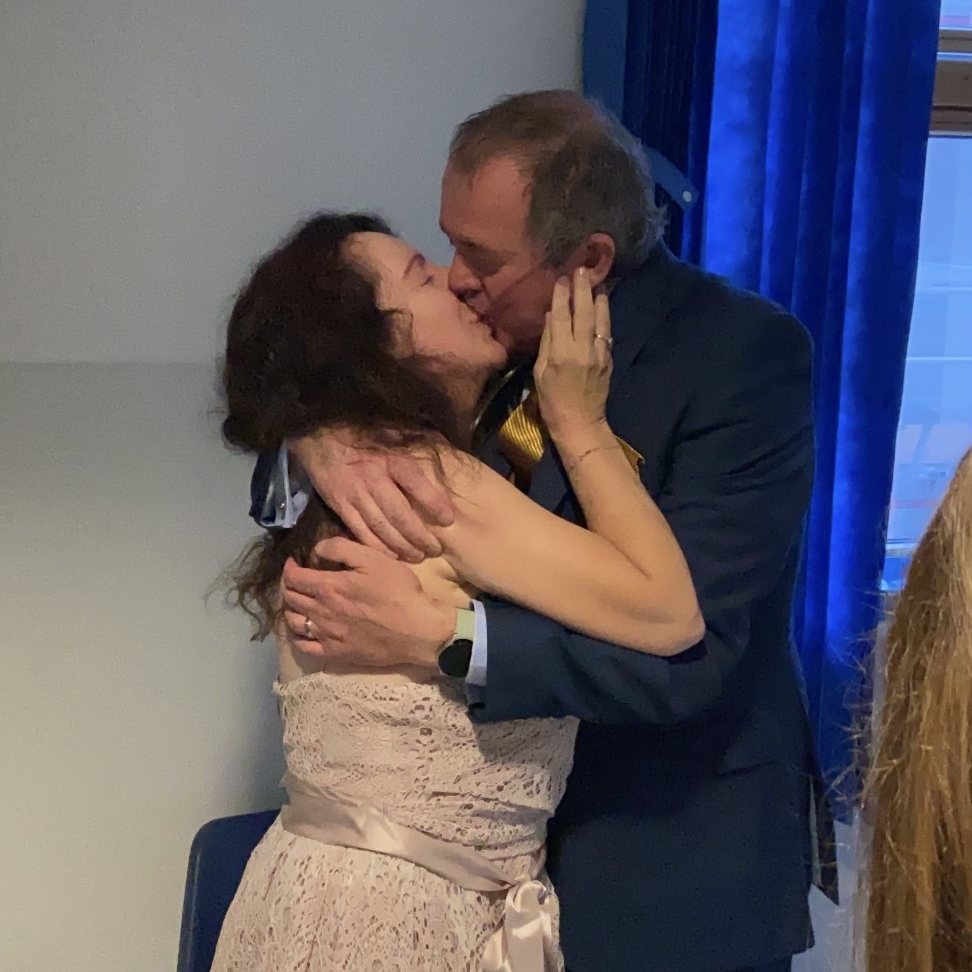 James asked Alice to marry him the second time they met, and he moved in with her in Gidea Park soon after.

Since getting married, Alice has continued to visit James on the ward every day.

Alice added: “It was complete fate that led to us meeting – and it really was meant to be.”