Angela Simiyu used to be quite reserved at work. A staff nurse on Bluebell B at Queen’s Hospital, she would come onto the ward, get on with her job, but inside she doubted this was the right role for her.

“I had begun questioning ‘am I growing as a person, is this what I want to do?’”

But Angela then joined the Chief Nurse Fellow programme run by our Chief Nurse, Kathryn Halford.

The programme was started last year as part of the celebrations for the 2020 International Year of the Nurse and Midwife.

Around 50 members of clinical staff, including Angela, applied to take part in the Chief Nurse Fellow programme. Each of them completed a week on the scheme, providing them with a wide range of opportunities including academic and professional development. 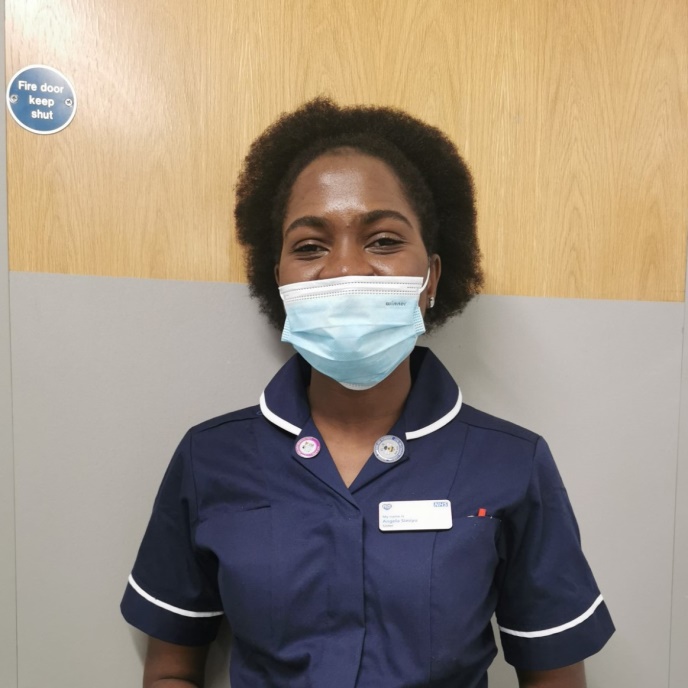 Speaking on how she benefited from the programme, Angela said: “I was feeling disconnected from the decision-making at the Trust. But from shadowing our Chief Nurse I realised she didn’t make any decisions without talking to the staff. She was involving managers and members of the teams to get their input.

“My time on the programme made me realise how important every member of staff is, whatever level they are. It was a big turnaround for me.”

Angela went back to her ward after the programme and began to instigate change.

“I came back from the programme with so many ideas,” she said. “I realised something I never knew before: I can be involved in so many decisions made across the Trust.

“I learned to communicate freely with people and before I knew it I was so courageous and confident in so many things; how to deal with patients, doctors, and the whole multi-disciplinary team.”

After completing her week on the Chief Nurse Fellow Programme, Angela was successful in applying to join the Florence Nightingale Foundation Windrush Leadership programme. She has also secured a promotion and became a sister on Bluebell A. She admits to having butterflies before her interview but felt her involvement in the programme had helped her so much.

“I would absolutely encourage other nurses to get involved in the programme. If you knew me before I did it and know me now, you’d be shocked at how much I’ve changed. I’ve gone from being Angela who was always in the corner doing her work to this person who is involved with everybody in the unit.

“I feel more included in the Trust now and I’ve got to learn how wonderful people are. That’s just helped me grow and flourish.” 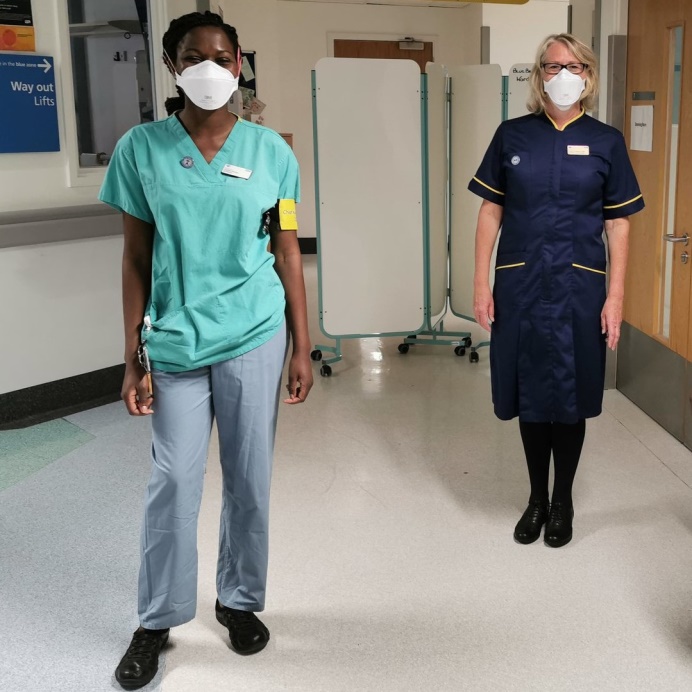 Kathryn Halford, our Chief Nurse, said: “The feedback from everyone who completed the Chief Nurse Fellow programme has been very positive and a significant number of the Fellows, including Angela, have gained a promotion following their placement.

“The initiative was set up last year and I am delighted that we are extending it for a second group of nurses this year. It is clear that this programme has encouraged the participants to recognise that there are opportunities for them to progress in the Trust and I am thrilled to have been able to help them realise their potential.”