Marie Loizides, a physiotherapist by background, is our new Associate Director of Performance Analytics. She’s excited to use her clinical background to help make those numbers more meaningful.

We sat down with her to find out more about her new role following a busy October in which she had a blog posted on Digital Health London, graduated from our Pride Way for Leaders programme, won an award, and sung with Erasure at the O2 as part of the Funky Voices choir!

And: Marie doesn’t only sing in a choir in her spare time, she’s also a scuba diving instructor who has dived all over the world, including at the Great Barrier Reef.

I left school at 16 and went straight to work – I was a corporate librarian in the city, then went into accounts for a computer software company, which led me into programming.

It was after I’d been travelling in Australia that I came back and started to reassess my life. I decided to go back to university at 26 to do a physiotherapy degree. It may be strange but I’d always loved hospitals and wanted to work in one.

I’d enjoyed helping out at a nursing home as a teenager, and physiotherapy seemed like a good idea as I was interested in fitness and fascinated with the body. I did some job shadowing before starting my degree working with amputee patients and that really sealed the deal.

After qualifying I worked at Basildon Hospital for ten years, up to a band 7, then I moved to the North East London Foundation Trust to become clinical musculoskeletal (MSK) lead for Havering. It was from there that I was TUPEd into the Trust in 2012 (a TUPE transfer is when an employee is transferred from one employer to another, for example when a service or contract is taken over).

I started as clinical MSK lead for outpatients, I then became Therapy Manager. My role meant I worked closely with the CCG and it was from that that I got involved in introducing a single point of access service to ensure all MSK referrals get to the right service.

I knew I needed to change the referral process, which is why I did a Digital Pioneers Fellowship with Digital Health London. It started in October 2020 and when I finished last month I was given an Empower award for ‘most professionally developed during the course’.

I used what I learned to do a business case for the CCG - and now they’re buying a clinical referral tool which auto-triages patients at the point on referral. It will ensure patients are streamed to the right place first time so will have a massive impact on the system. Considering I only set out to change a form, I’m quite proud that the end result will positively impact the 50,000 referrals there are each year.

I started my new role in performance analytics in September, just as this project, and my fellowship were coming to an end.

What do you hope to achieve in your new role?

This post brings together my clinical and leadership knowledge, with experience in data analysis.

My background in programming gave me a real interest in statistics and I’m hoping to make data count by presenting it in the most meaningful way possible. I think my clinical background will really help as it means I understand both sides.

I’ll be responsible for external standards, for NHSE&I for example, as well as our own internal standards and objectives. Our internal performance framework is how our divisions demonstrate achievements and challenges, and it’s important that it can also highlight where support is needed.

I’ll be working with our Information team and divisions to ensure we have meaningful data which can be used to optimise what we do. I’m really looking forward to analysing our intelligence in the coming months – looking at the stories behind the data and hopefully, starting to see issues when they first develop, and finding ways to mitigate the impact on our patients.

We’d love to know about your performance at the O2

We’re a very musical family and I love singing. I joined my local branch of the Funky Voices choir when a neighbour mentioned it to me. It’s a community choir across Essex and Suffolk where instructors teach the same songs in all venues so different groups can come together for performances.

The Erasure show came about as Sandra who runs the choir previously made a charity single with them. We joined them for the encore of their performance in front of 19,000 people. We sang A Little Respect and Oh L’Amour and got to do a soundcheck with the band beforehand.

I was one of eight people chosen to take part from my group. You were able to put your name down to perform, and then Sandra chose a selection from each group. It was amazing.

And how did you get into scuba diving?

I’d always been interested in water sports and had dived in Australia when I was younger, so I joined a scuba diving club when I went to university. It was how I met my husband Pete as he was an instructor and I was a mature student.

I trained to be an instructor too. I teach Friday nights at the Chelmsford Scuba Diving Club

And finally, our favourite question – do you have any pets?

We have a lockdown puppy – Luna (pictured below, top). She’s a Doberman and is 19 months old now. She’s not very well-behaved so it’s good that we have our cat, Charlie (pictured below, bottom), who is a tyrant and rules the house. He’s the only one who can control her!

We also have two rabbits – Alfie and Rosie. 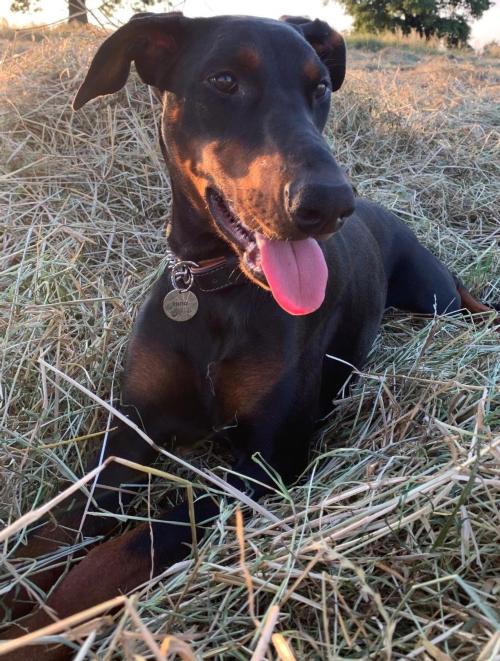 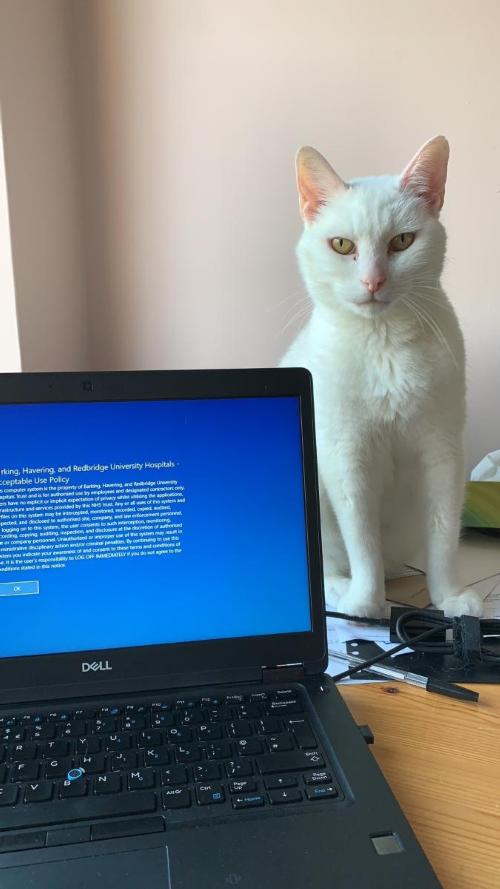