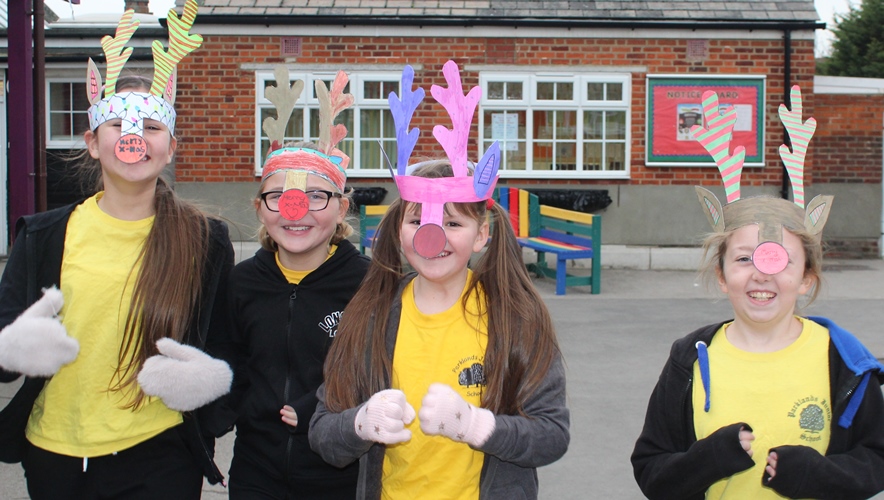 Kind-hearted Frankie Cook may be just 10, but it’s down to her that all 482 children at her school took part in a ‘Reindeer Run’, raising hundreds of pounds for the King George and Queen’s Hospitals Charity.

Frankie first found out about the Reindeer Run, where schoolchildren are invited to make their own reindeer antlers and take part in a sponsored run around the playground, from her mum Kelly, who works on the elderly care ward at Queen’s Hospital.

The event, now in its second year, raises money for the charity which is spent on improving our hospitals.

Frankie wrote a letter to her headteacher at Parklands Junior School in Romford to ask if they could take part. And on Friday (14 December), Frankie and all her classmates did their run, with each class taking it in turns to run, jog or walk around the playground.

Frankie, of Collier Row, said: “”My mum helps older people at the hospital. She told me about the Reindeer Run and what we’d need to do, so I wrote a letter and was really pleased when our headteacher said we could do it.

“I was really looking forward to it and have raised £25 so far. My mum is really proud and all my friends really enjoyed taking part.”

Scott Stevens, acting headteacher, added: “The children really enjoyed making their antlers and running around and the teachers got involved too – some even wearing antlers!

“It’s for a good cause and as it’s our local hospitals’ charity, one that everyone is likely to benefit from at some point or another. The parents were really supportive too, and very generous in their sponsorship.”

Other schools which have taken part in the Reindeer Run are: