Our teams have been working hard over the past year to produce new ways to tackle the patient backlog. 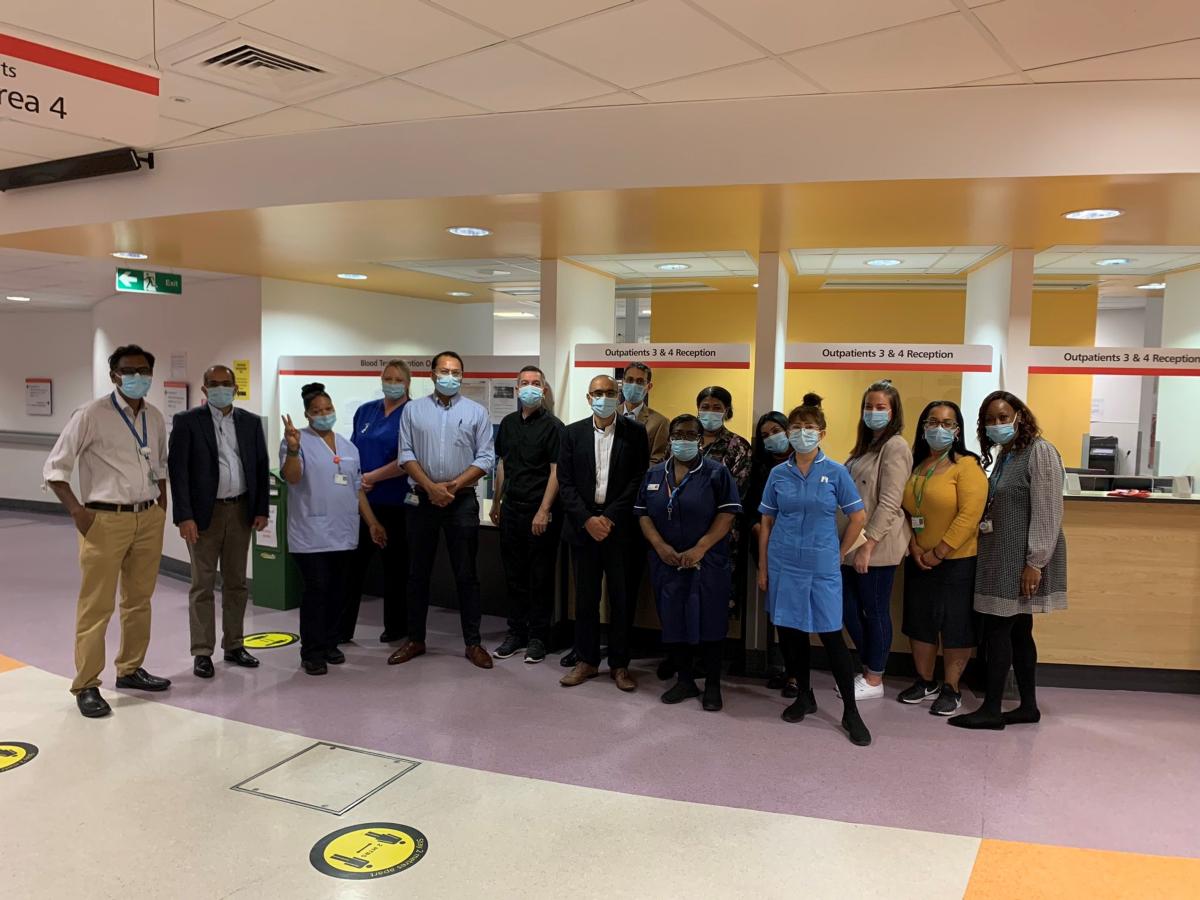 The Scalpel Project was one such initiative from our General Surgery Division - a special series of six Saturday clinics with the challenging aim to see 1,000 patients.

The clinics have taken place over a number of months, the first being held in May. The last clinic was on Saturday 9 October, with the team successfully seeing their 1,000th patient in an incredible feat.

Specialty manager for general surgery Patricia Murphy was part of the project’s leadership team. Patricia explained what the project meant for our patients: “We really wanted to tackle our waiting list and offer appointments to those who had been waiting the longest.

“Our patient’s experience was the focus of our efforts, the project ensured the right patients got seen by the right people, making the most out of our facilities.”

The clinics saw new general surgery patients, all with various diagnoses ranging from hernias and haemorrhoids to 'lumps and bumps'.

Patricia explained how patients reacted to the service: “The feedback was really good - we rang the patients to ask if they wanted to be seen and the weekend clinics offered flexibility to those who might not be able to attend an appointment in the week.

“One patient who stands out was a 103-year-old woman who had unfortunately been waiting over a year due to the pandemic, but she was really pleased to have been offered an appointment and was impressed with the efficiency and professionalism of the clinic.”

Consultant surgeon and Lead for General Surgery Veeranna Shatkar said: “We had one patient who said they got their trust back in the NHS.

“It was a big achievement following a big target and something that’s not been done before in general surgery in the NHS.

“Since, we’ve had calls from various trusts across the country asking how we did it. We’re looking to build on this project, taking on the lessons learned, and to embed the positives we got out of it into the system.”

Veeranna added: "A big thank you to everyone involved, especially for giving up their weekends to make sure our patients could get the care they need."

Patricia also highlighted the success of the clinic: “Originally the challenge was to see 1,000 patients over seven days – which was daunting in itself - but we ambitiously set our target to be six days.

“It was a real team effort, from the admin and volunteer teams to all the clinical staff, everyone pulled together to make it a success.

“We’ve been sharing what we learned from the clinics, from the logistical challenges to patient experience, with our partners like North East London Foundation Trust and NHS England so hopefully others from across the system can gain from Scalpel’s success.”