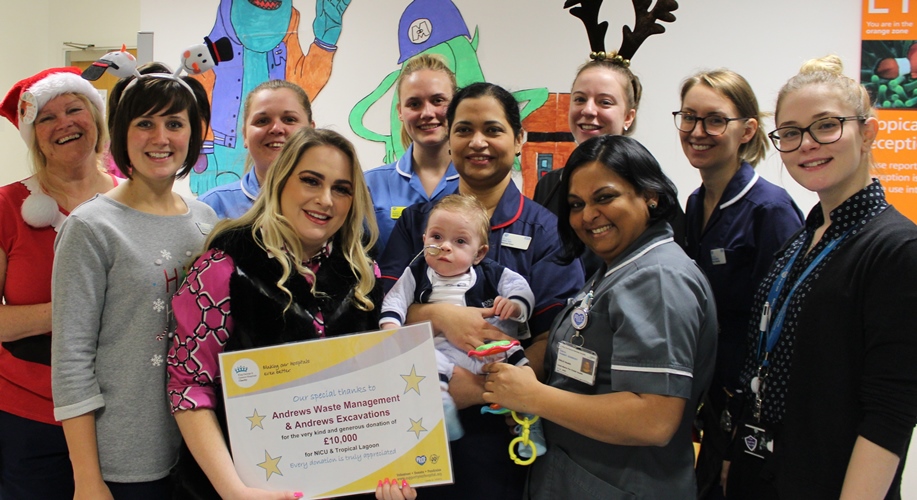 Our staff at Queen’s Hospital got a special visitor today (Monday 23 December) – 11-month-old Daniel Andrews was brought back to see those who helped care for him for several weeks after his premature birth.

Daniel was brought in by mum Candice, 27, to hand over a £10,000 donation to the King George and Queen’s Hospitals Charity to say thank you for the care and support provided by staff after he was born nine weeks early in January this year.

Candice, of Upminster, had an emergency c-section after suffering pre-eclampsia which led to HELLP syndrome, a complication which can affect pregnant women.

Daniel was just 2lb when he was born at Queen’s Hospital, and suffered chronic lung disease.

As well as spending several months on our Neonatal Intensive Care Unit (NICU) and children’s ward, he also spent time at others hospitals, including Great Ormond Street.

Candice said: “It was a horrendous time, however, what helped get me through it was all the support and help from the staff. That’s why we wanted to give something back.”

Half of it will go towards our NICU, with Candice hoping some can be spent on more comfortable chairs for parents! The other half is for our children’s ward, Tropical Lagoon. 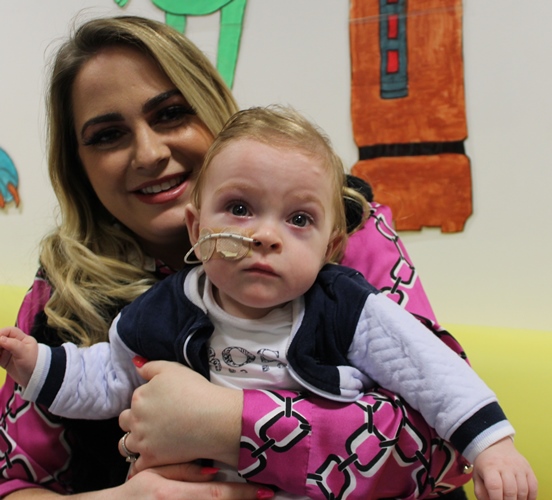 Candice added: “Daniel is doing really well now. He only needs to go on oxygen at night and thankfully, he will grow out of his chronic lung disease.

“From all the time we spent here, we know the staff really well so it was lovely to come back and see them.”

Ceira O’Donnell, a children’s staff nurse at our Trust, said: “It’s like a different baby - he’s so big! He looks like a little boy now and it’s heartwarming to see him and his mum again and hear about how well he’s doing.”

The couple are now looking forward to hosting their first Christmas as a family with Daniel, and have their extended family of 15 coming to them to help celebrate.

Pictured above, Candice and Daniel.