Our Trust hosted the fourth annual BHRUT’s Got Talent event on Friday 21 September. This year’s was the best yet, with over 110 people coming to watch their colleagues perform, raising an impressive £1,750 for our charity, with more donations still rolling in!

Departments from across our Trust got involved including our Neuro Intensive Care Unit (ITU), Outpatients team 1, general ITU, High Dependency Unit (HDU), our Emergency Department and Assessment Unit at Queen’s Hospital,  and our Clinical Diagnostic Unit.

The evening kicked off with a performance by dance group Gemz while Freddy Young, one of our specialist medicine service managers, acted as the DJ to keep the crowd entertained between performers.

The judges had eight performances to choose from - but there could only be one winner!

The judging panel was made up of Moses Ayoola from Sodexo, James Ellender from our Finance team and Kathryn Halford, our Chief Nurse. They were blown away by the winner - Emergency Villagers.

The winning trio was led by Maxwell Ndongwe, who performed his own poem, a funny and poignant expression of what it’s like to work in one of our busy emergency departments. Fellow Emergency Department matrons Natasha Knutt and Marianne Govinden were his backing dancers. 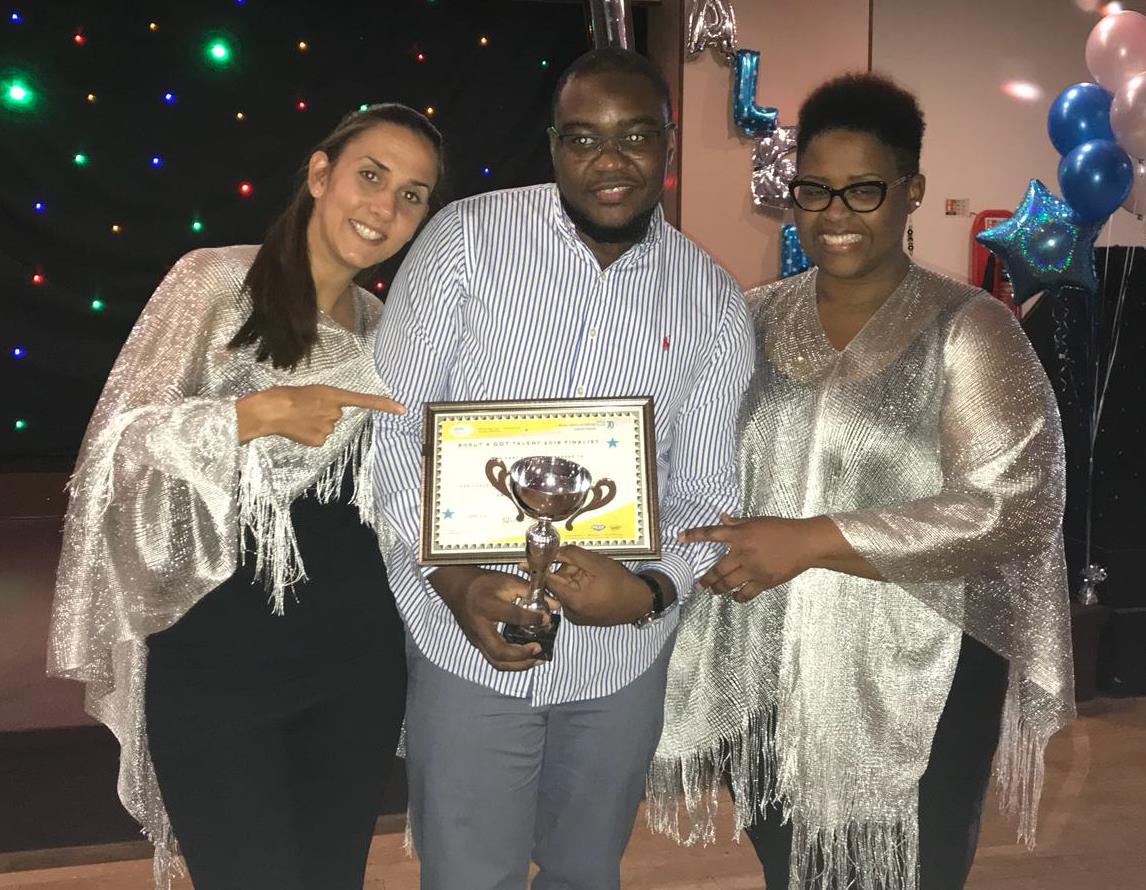 The event was organised by Bev Thomas, our Director of Nursing for Emergency Care. She said: “This event is important to me for two main reasons. The first is that it brings staff together, which is really important when you are working in an often stressful environment. The second is of course that we are raising funds which are going directly into making our hospitals better for our patients.”

Bev also thanked the judges, Sodexo for providing the food, and our Charity team who were instrumental in ensuring the event was a success.

Our next charity event will be held on Friday 28 September at the RUSSC club, where our Sound of PRIDE choir will be hosting A Right Royal Variety Show, celebrating 70 years of the NHS.

The show will take you through all seven decades since the NHS was formed with performances from the choir, Irish dancers, a magician and Kalpana Patel, who will be bringing a Bollywood flavour.There will also be a raffle and disco following the performance.

Tickets cost £10, to get hold of one donate £10 via the JustGiving page and your name will be added to the door list allowing you entry.