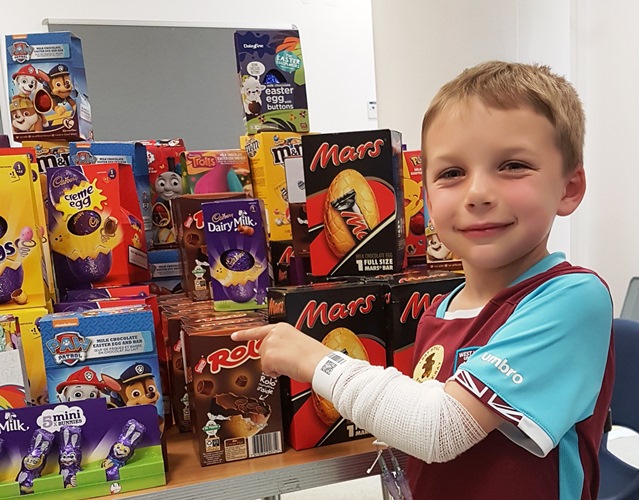 Children who had to spend time in hospital over Easter were cheered up by yummy chocolate eggs donated to the King George and Queen’s Hospital Charity by several local causes.

The eggs brought a smile to the faces of children, including Archie Lamacq (pictured) , six, who was at Queen’s Hospital, and Rihane Ubeydullah, seven, at King George Hospital, when they were handed out on the wards.

Our charity, which funds improvements to both our hospitals, also raised almost £300 by holding an Easter-themed raffle and selling cute knitted chicks, made by staff at the hospitals.

Funds raised via the raffle will go even further after the Romford branch of NatWest Bank agreed to match the money – and staff even pitched in with helping to sell tickets.