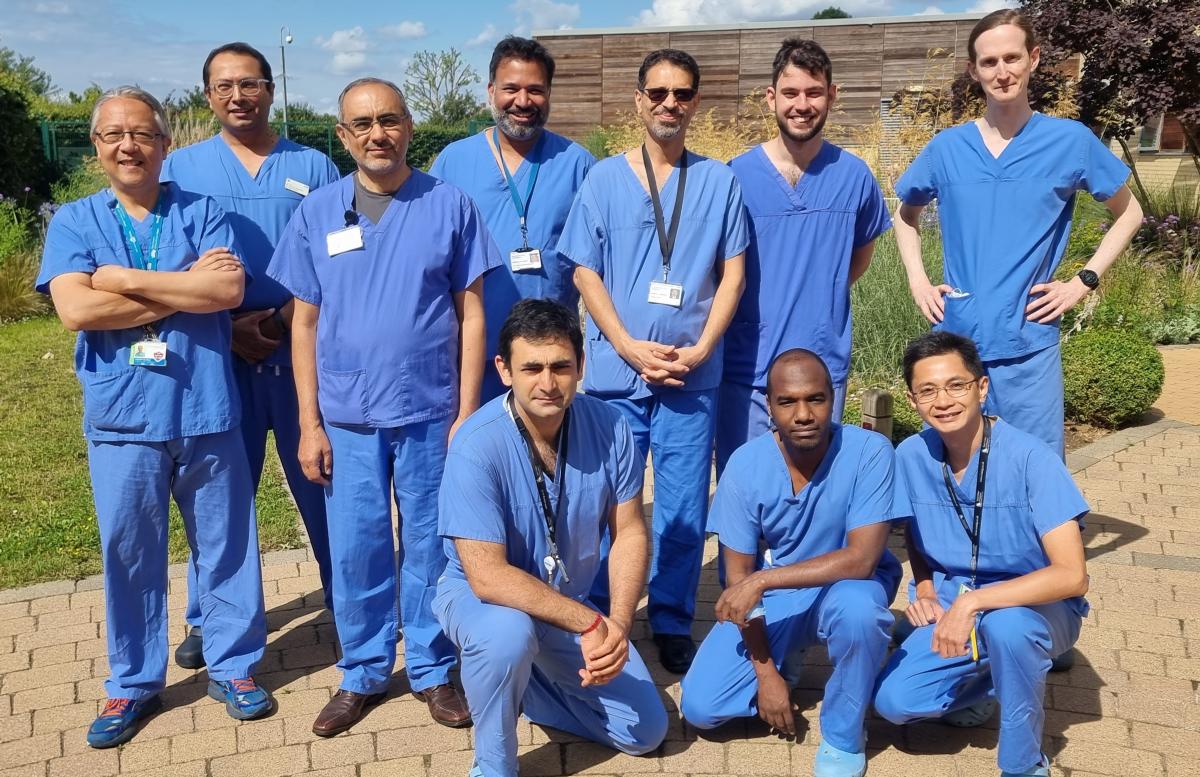 A team of 12 consultants and registrars from our Trust completed the London Triathlon on Saturday (7 August), raising over £7,600 for Mind, including a further £1,600 in Gift Aid, in memory of Molly Sayer, 22, daughter of our Associate Medical Director Gabriel Sayer, who died unexpectedly in April this year.

Gabriel attended to cheer them on as they completed the challenge in rain, hailstones and even lightning.

Organiser Joe Huang, our Divisional Director for Cancer and Clinical Support, said: “We did it! We survived all that the course and the elements had throw at us and Gabriel and Matt (a fellow consultant at our Trust), came to cheer us on.

“Thanks to everyone for supporting us, it certainly helped us go faster.”

Gabriel added: “I am so very grateful for the kindness and support that has been shown to me and my family by my colleagues in the department of surgery and the hospital as a whole. The warmth and compassion from so many has helped us through a very difficult time.”

All are members of our Surgery team, who took on the triathlon to support Gabriel and his family, raising money for a cause chosen by them. Gabriel is a fan of these kind of events and Molly was also a passionate open water swimmer, cyclist and runner, so this was a great way of remembering her.

Our doctors organised themselves into teams with each person taking on a leg of the challenge – swimming, cycling and running.

Sandeep Kaul did a 5k run, despite not running in 23 years. He said: “I had nine weeks to prepare so I did a couch to 5k. It took me a bit of time but I really wanted to do it, we wanted to show our colleague that we cared.

“It was such a terrible loss for the family and I hope it brings comfort to know that we have been thinking of them. Gabriel coming to cheer us on was really nice as it must have been very emotional for him. It was hard work but also a fantastic team building exercise.”

It went so well, that plans have already been made to do it again next year.

Sas Banerjee said: “Over celebratory drinks afterwards we committed to doing double the distance next year – for me that will be a 40km bike ride!

“When you have 18kms to go, you do feel like stopping, however, you keep going as you want to prove to yourself you can do it, and we were doing it for a great cause. We aimed to raise £6,000, so I’m glad we did better than that.” 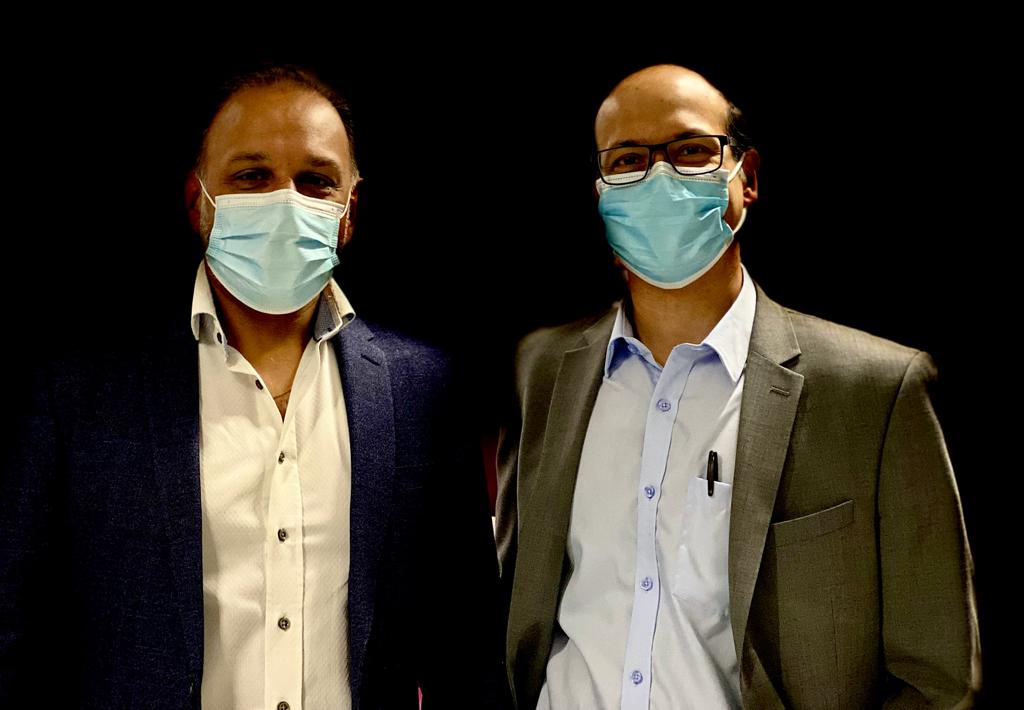 Aman Bhargava (pictured above with colleague Samrat) added: “It was about a team approach and providing moral support to our friend and colleague. None of us had done anything like it before but we were up for the challenge.

“It was an amazing experience in spite of the weather. The best thing was Gabriel cheering us on – it was a very special feeling to know that we at least could show our support in a way ‘Gabriel the iron man’ would appreciate!”