In a year in which the Covid-19 pandemic affected us all in some way, these families got some festive joy when their babies arrived on Christmas Day. 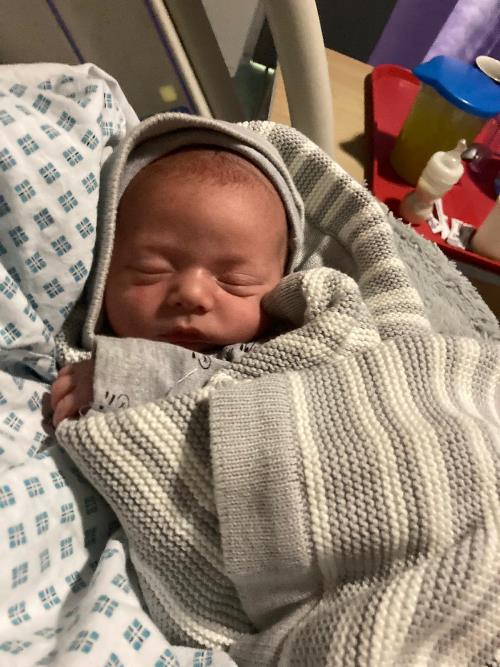 Baby Tyler Rodwell (above) was the first boy to be born on Christmas Day, arriving at 3.13am – just a day before his actual due date on Boxing Day.

Tyler is the first child for parents Rebecca Bacon, 21, and 29-year-old David Rodwell, who live in Whalebone Lane South, Dagenham.

Rebecca said: “As he was due on Boxing Day, everyone kept saying he’d be a Christmas Day baby, but I was sure he wouldn’t be! I started to have pains on the Monday and went into hospital on Christmas Eve, I was pushing for less than an hour and he was here.

“You can’t put the feeling into words, he was so perfect and to arrive on Christmas Day was really special. The staff were unbelievable, there was lots of Christmas spirit and everyone was so lovely. I couldn’t have asked for better.”

After the excitement of their festive arrival, the new family enjoyed their Christmas dinner on New Year’s Day. 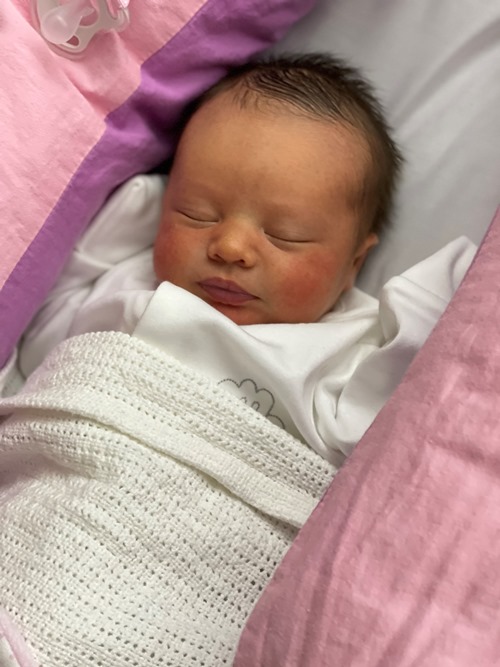 Little Luna Martin (above) turned out to be the best present for first-time parents Lily Tempest and Arron Martin, both 21, when she arrived exactly on her due date.

Lily, of Lynwood Drive, Collier Row, said: “Originally she was due on 30 December, but her due date changed to Christmas Day. What are the chances? It was so exciting. I went in at 7pm on Christmas Eve and she arrived at 7am, it was a pretty long labour. The midwives were all lovely.

“I found it really calming in hospital and it was really nice chatting to all the other mums afterwards. I’m quite chatty anyway!” 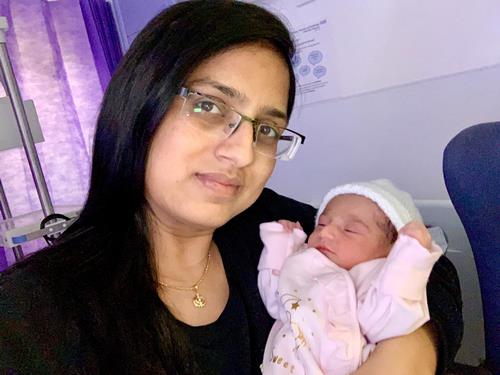 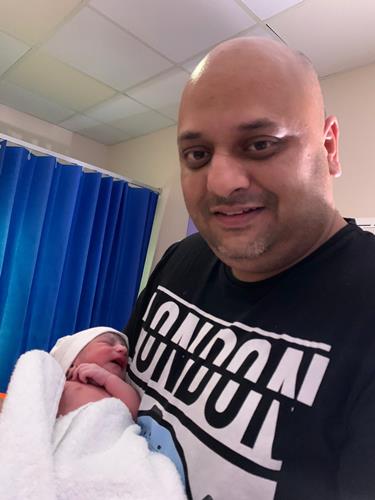 Gursimran Birdi (pictured above with mum Hardeep, and dad Gurmit) made an early appearance, having been due in mid-January, joining big brother Harman, five.

Dad Gurmit, of Elgin Road, Ilford, said: “It was unexpected but very good and Harman is excited about being a big brother.

“We now have one of each which is very special, I feel our family is complete.”

Another little one making their appearance just one day early, having been due on Boxing Day, was Kaysen Sotiriou – interrupting his family’s Christmas lunch.

Mum Siji, 32, went into labour on Christmas Day, just as they were getting ready to eat. She said: “We’d prepared lunch but we didn’t get to eat it. It was pretty crazy, especially as my daughter, Ariya, four, had previously tested positive for Covid.

“The labour team were great and it was definitely special that he arrived on Christmas Day. Now we just have to figure out how to ensure his birthday is special for him as well as being Christmas.”

In total, 18 babies made Christmas Day arrivals at Queen’s Hospital and all new mums received a Christmas gift for them and their babies, including a hat, lovingly knitted by the nan of Alexandra Taylor, our Labour Ward Manager.

Alexandra, who has worked the last eight Christmas Days, said: “Working Christmas Day has always been a privilege of mine. Although I don’t get to spend it with my own family, I get to support new mums in their birth of their bundle of joy, creating their own families. It really is such a special moment and on such a special day.”