Seventeen babies made their entrance on Christmas Day at Queen’s Hospital – with the first just making the special day, being born at nine minutes after midnight.

Another early Christmas Day arrival was Lia Trocin, born at 12.26am – ten days after her due date of 15 December. Dad Sergiu, of Harold Hill, said: “It was her wish to be born on Christmas Day, and it’s nice, she’s a special girl.

“Our son Alex, who’s two, was very excited when she came home and kept giving her lots of kisses. We got home around 6pm and had a nice dinner with the grandparents. Everyone was very excited to see the baby.”

A Christmas Day birthday was definitely on the cards for Lia as mum Iulia was due to be induced that day, however, she went into labour naturally, going to hospital at around 11pm on Christmas Eve before Lia’s arrival, just an hour and a half later. 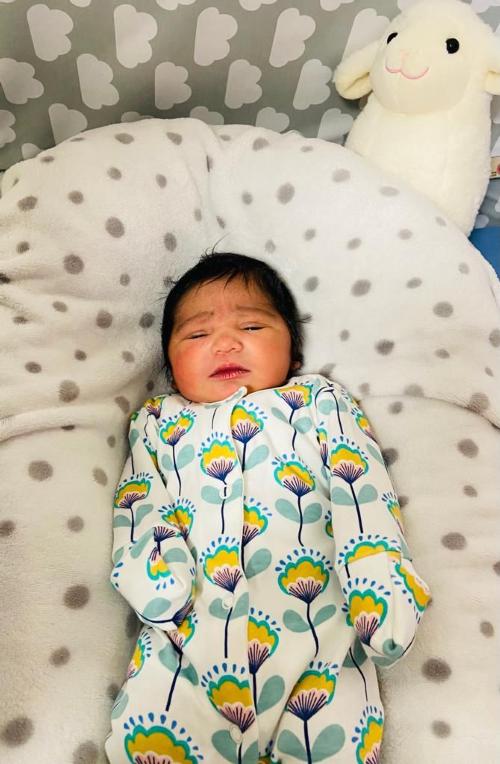 Despite her baby being due on Boxing Day, Harsha Rabindran, 35, never expected him to come on the big day itself. However her son, Navin (above), had other ideas, arriving at 4.30am on Christmas morning.

Harsha, also mum to Nia, five, said: “I’m so surprised it still hasn’t sunk in. Some people said he could come on Christmas Day but I expected him to come much earlier, like my daughter did.

“We went home around 5pm and had some friends round for dinner. We are very happy and Nia is really enjoying being a big sister.” 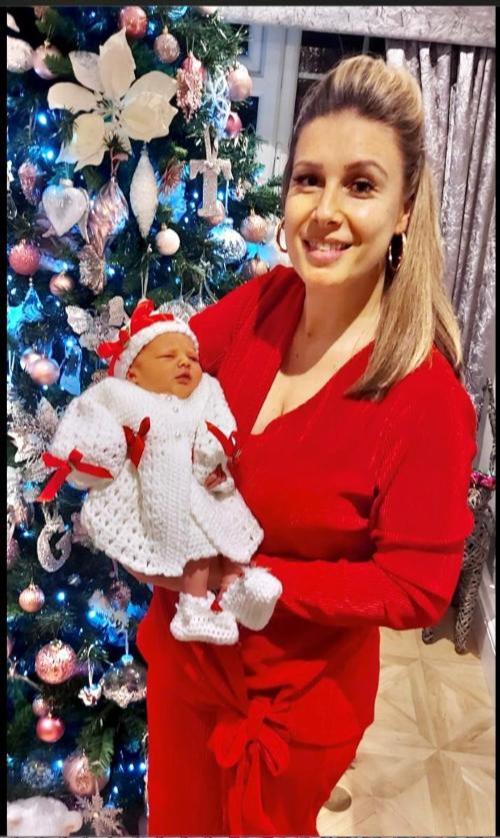 Scarlett Harrison, who was born at 2.25am, completes a trio of grandchildren born on special days for her proud nan.

Mum Stacey Cater (pictured above with Scarlett), 35, said: “Her first was born on New Year’s Eve, her second on St Patrick’s Day, Scarlett is the third born on a special day so my mum is over the moon. Scarlett also has a birthday really close to her brother, Archie, who will be two on 15 January.

“She was due on 21 December and I went into labour late on Christmas Eve. I actually had her while I was still in the triage area as she was so quick, which was a bit of a shock for everyone! It feels amazing and so special to have her on Christmas Day and then bringing her home to Archie, like a Christmas present. He’s really good with her and strokes her face and gives her kisses.”

Stacey, who lives in Brentwood with partner Craig Harrison, enjoyed the festive feel on our Labour ward and even joined in singing some Christmas songs with our midwives!

She added: “At one point Mariah Carey’s All I Want for Christmas came on, which is my mum’s favourite song, so that’s a really special memory I have associated with Scarlett’s birth, especially as my mum couldn’t see her that day as she was at home with Covid.”

Stacey was delighted to be able to go home the same day and see Archie open his presents before having Christmas dinner at her mother-in-law’s.