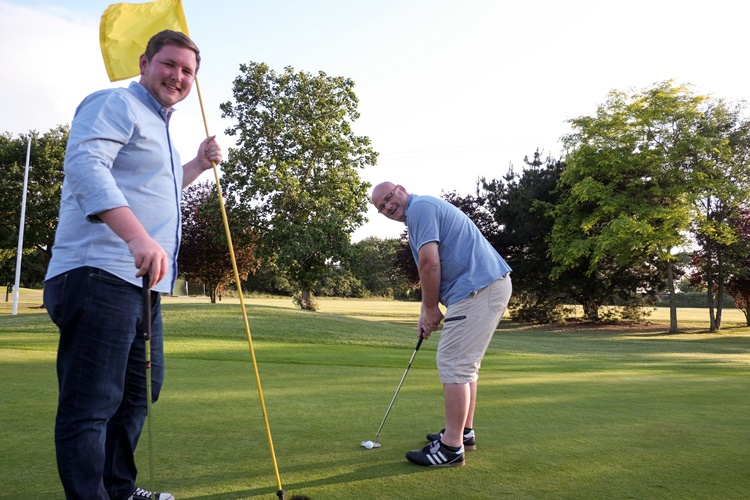 Graeme Aitken, our speciality matron for surgery, organised a fundraiser after it hit home how much his wards needed a space to speak to patients and their families privately.

He started out hoping to raise enough to pay for a relatives’ room for the ocean wards at Queen’s Hospital. His charity golf day, held on Friday 16 June, raised much more than that - £5,000 so far with cash still being totted up.

He said: “It couldn’t have gone any better. We had 66 golfers, many of them were our staff and we had a lot of friends brought along.

“Several local companies also sponsored a hole and some of their staff joined us on the course.”

The event was held at Stapleford Abbots Golf Club in Romford and it was such a success, Graeme has already booked in next year’s event – Saturday 15 June 2018. He hopes to make it an annual fundraiser for the King George and Queen’s Hospitals Charity.

He’d started organising the event around Christmas- time last year when the father of a friend died on the ward, and Graeme saw him making calls to family in the foyer area.

He said: “It really hit home why I was doing this and how much we needed it. I didn’t always feel comfortable having sometimes sensitive conversations at a patient’s bedside.”

Golfers celebrated their day on the course with an evening do at the course’s clubhouse, including a raffle to raise further funds.

Graeme will be work with local businesses, and appeal for raffle donations, to make next year’s event as much of as success.

Pictured is Graeme (right, teeing off) with Dan Young, service manager for surgery who helped organise the event.