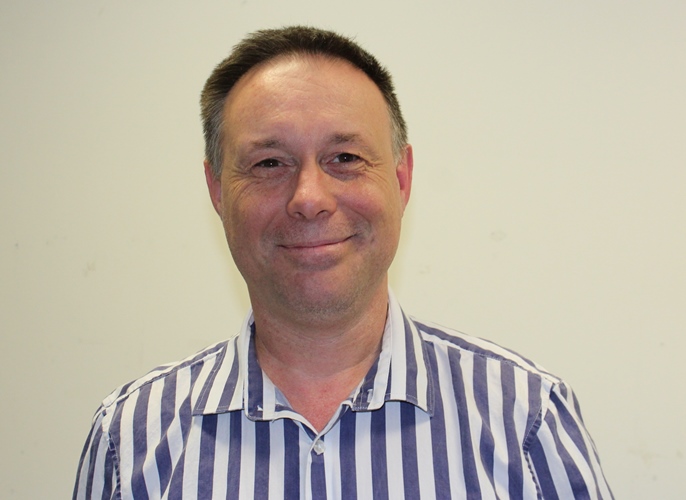 National Clinical Audit Week ran from Monday 25 to Friday 29 November, so we thought it was be the perfect time to get our Clinical Audit and Effectiveness Manager, Jonathan Sharman, in the hot seat for an In Conversation With interview!

And: Before joining the NHS Jonathan was in the Band of the Grenadier Guards for over two decades, performing at countless state occasions for royalty.

Tell us a bit more about clinical audits, and how we’re marking the national week

Clinical audits are an important quality improvement process which question if we’re providing care in line with agreed, high quality standards. They are a really good tool for our staff training and continued learning.

They can tell us where we’re failing, so we can develop a plan to make improvements. What’s good about them is that they’re an ongoing process; we don’t just complete them, implement our plan and forget about it, we re-audit in the future to ensure the improvements are continuing. And they can show where we’re doing well too, which is not always highlighted.

Anyone can carry out a clinical audit; our junior doctors do several as part of their training. And contrary to their name, they’re not all strictly ‘clinical’, although 95 per cent are.

We currently have 250 clinical audits taking place across our Trust, 67 of those are national audits which we’re required to carry out, and the rest are our own local ones.

Sharing what we’ve learned from them is really important, which is why they’re presented at our monthly Grand Rounds.

One which sticks in my mind was looking at whether our doctors know the cost of the apparatus they use, with the idea that if they appreciate what it costs, they would be more frugal. It found they didn’t fully appreciate the cost, which is very different from private hospitals, where they know exactly what they’re spending.

As well as awarding the winners of our clinical audit competition, which took place on Tuesday this week, we’re also hosting information stalls at both our hospitals.

We’re at Queen’s Hospital atrium on Wednesday 27 November (until 3pm), and will be in the restaurant at King George Hospital from 9am to 3pm tomorrow (Thursday 28 November.)

You’ve had quite a varied career we hear…..

I didn’t do as well as I should have at school, mainly because music was my passion. A friend joined the army as a musician and I thought that was a good idea, so I signed up too when I was 16. I was in the Band of the Grenadier Guards (the ones in the big furry black hats which guard Buckingham Palace.) I did Trooping the Colour every year, changing the guard at the palace, all the state occasions.

No two days were ever the same; as well as the state occasions we also played regularly for veterans and members of the royal family. I had many conversations with Prince Philip, and Charles too, who’s very nice, and the Queen, who is hilarious and sharp as a tack!

Our wartime role was as combat medics – the Household Division musicians started out as stretcher bearers. I helped man the London ambulances when they went on strike in the early 90s – which highlighted gaps in our medical training given you don’t come across many women in labour on the battlefield! So we were retrained.

As a musician in the army I did all the same training regular soldiers did, and music was my specialism, with the army funding my masters. I played the clarinet in the band. I also play the saxophone, drums and piano. I was with the Grenadiers for 26 years and during that time I ran the dance band. As part of that I learned the technical side of the sound system.

I retired from the army when I was 42 and as I loved music, I built my own recording studio to teach and record music. It went well for a few years, then became unviable due to home recording equipment improving in quality, and people being able to learn more on the internet.

That’s how I ended up in the NHS – my brother-in-law worked in clinical engineering at Addenbrooke’s Hospital and suggested I apply when a job came up. I started in 2014, servicing heart machines, infusion pumps – all electrical devices. My background learning the technical side of music equipment helped and I did a course in servicing cardiovascular equipment at King’s College Hospital.

Then in 2017 I was poached by the clinical audit manager to be an audit facilitator. She was really encouraging and after a few years told me I should be doing a job at her level, which was why I applied when the one at our Trust came up. I’ve been here for six months.

What’s your role within our Clinical Audit team?

I have the overall responsibility for all our audits and managing the team. I look after our national audits, submitting data and provide support to colleagues running clinical audits – some of them can be like reading Klingon for me!

I’m also involved in training, and reporting to our Clinical Audit Group.  Just like when I was in the army, no two days are ever the same!

What do you get up to outside work?

I still play in a band – we’ll play at anything, weddings, pubs and clubs. I play the drums. Our next gig is at the Boars Head pub in Braintree on Saturday 7 December if anyone wants to come along!

I also have a busy home life with six kids and three dogs – some of the personalities are larger than life and quite bonkers! Ben, our 16-year-old, is joining the army next year. It was my suggestion - not sure how keen his mother is on that.

The dogs are Bear, a German Shepherd, Daisy, a French Bulldog, and Paddy a 16-year-old Shih Tzu who is deaf and blind.